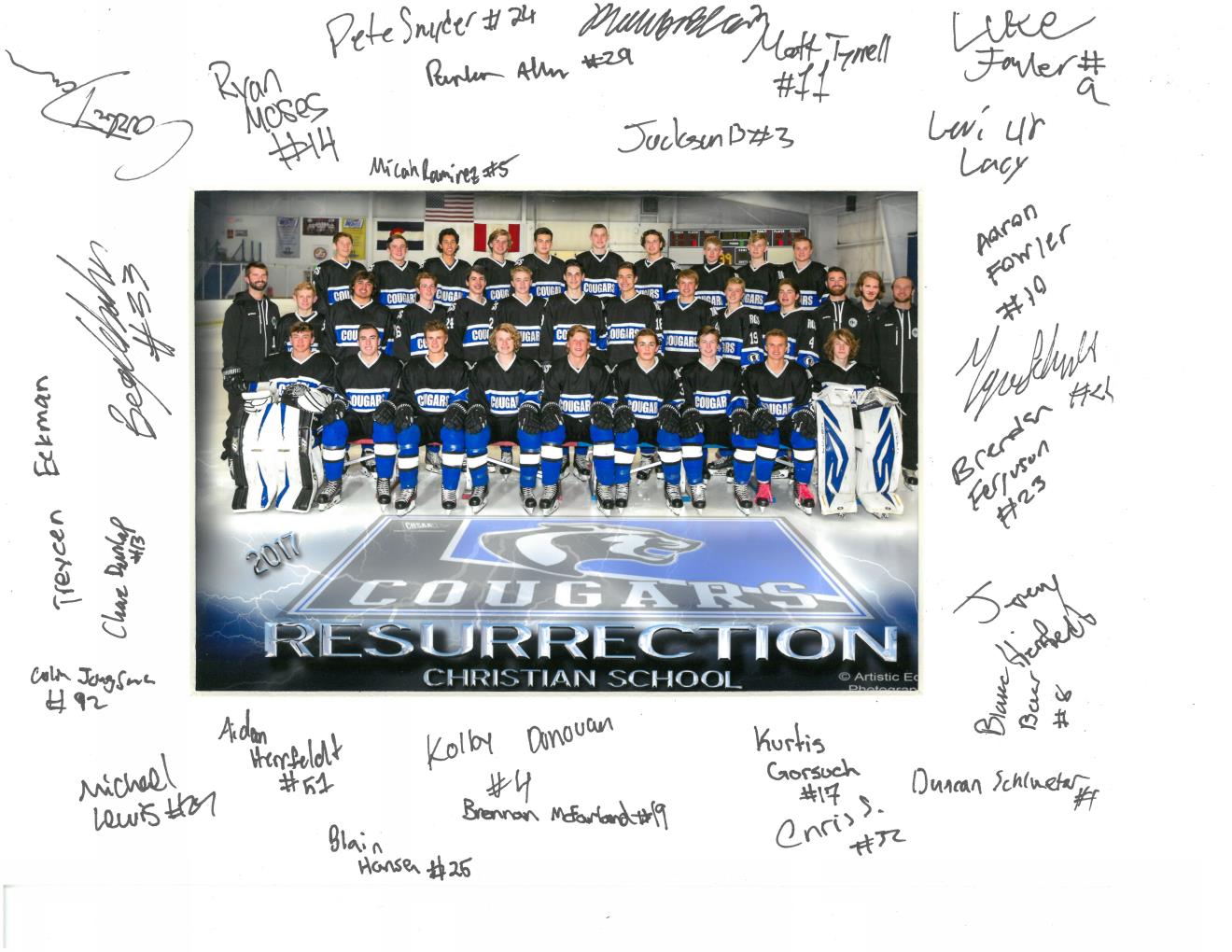 Congratulations to our 2016-2017 RCS Cougars Hockey team! We picked an unbelievable team to sponsor.

Always wanting to support our community and their passions, we were excited to be able to sponsor our local RCS  hockey team. What a phenomenal season! They started out traveling to Chicago to place 2nd out of 10 teams from 10 states. They then went on a 13-game winning streak at the end of the season and finished as the Peak conference champions! Next our team entered the CHSAA state playoffs and finished strong as 2nd in the state with 105 goals scored.  We had 2 players selected to the all-state team as well as  3 more to all conference. Overall it was an outstanding season for the boys and the coach Jake Pence who was named coach of the year.  We hope to be a part of this strong willed team next year. ROLL COUGS

Resurrection Christian School (RCS) ventured into uncharted water in 2011 by adding the only state sanctioned ice hockey team in all of Northern Colorado. The school board of directors made this bold decision to reach out to the entire region of Northern Colorado by offering (for the first time ever) a CHSAA hockey team.

About the All American Sports Material