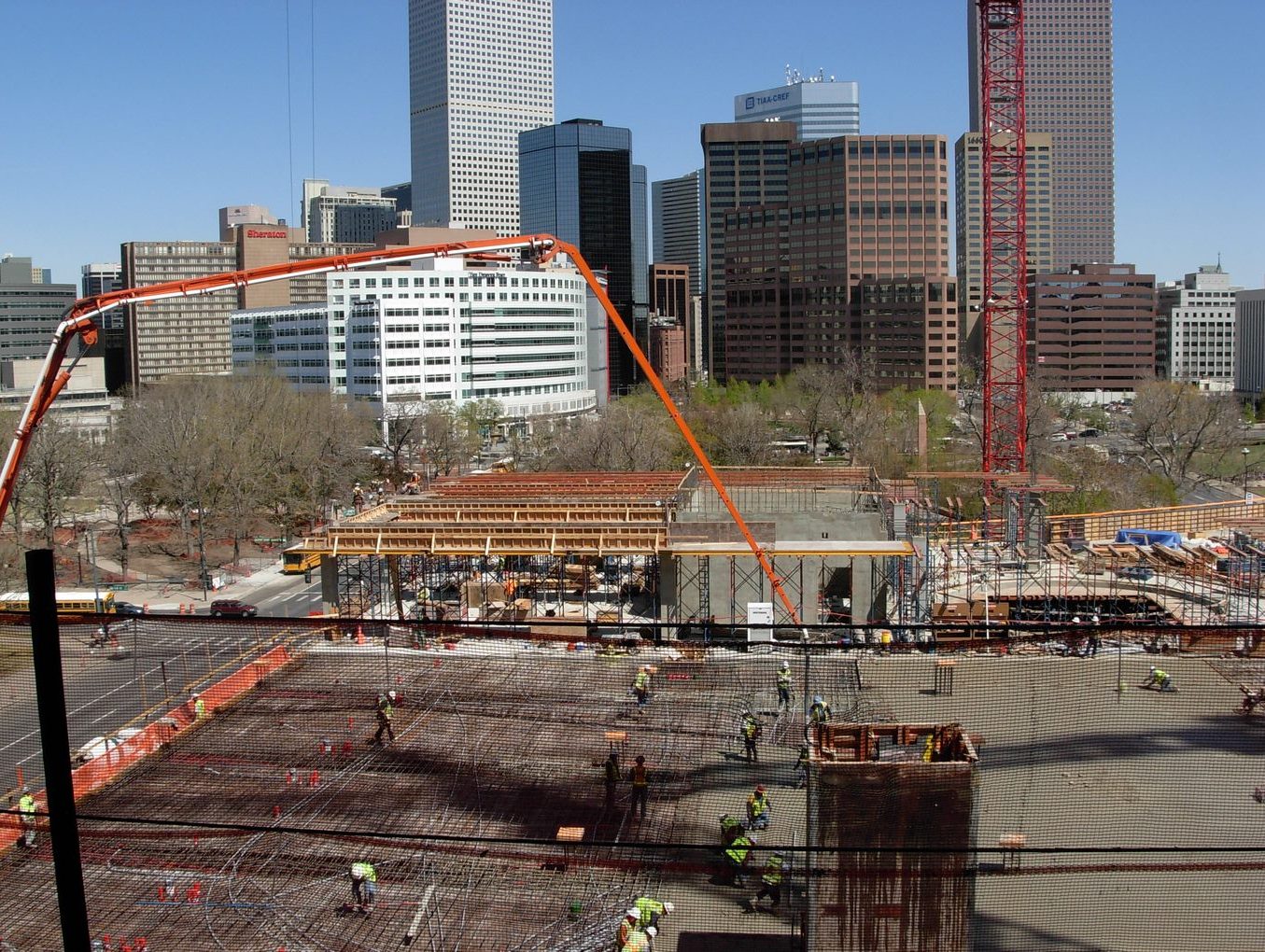 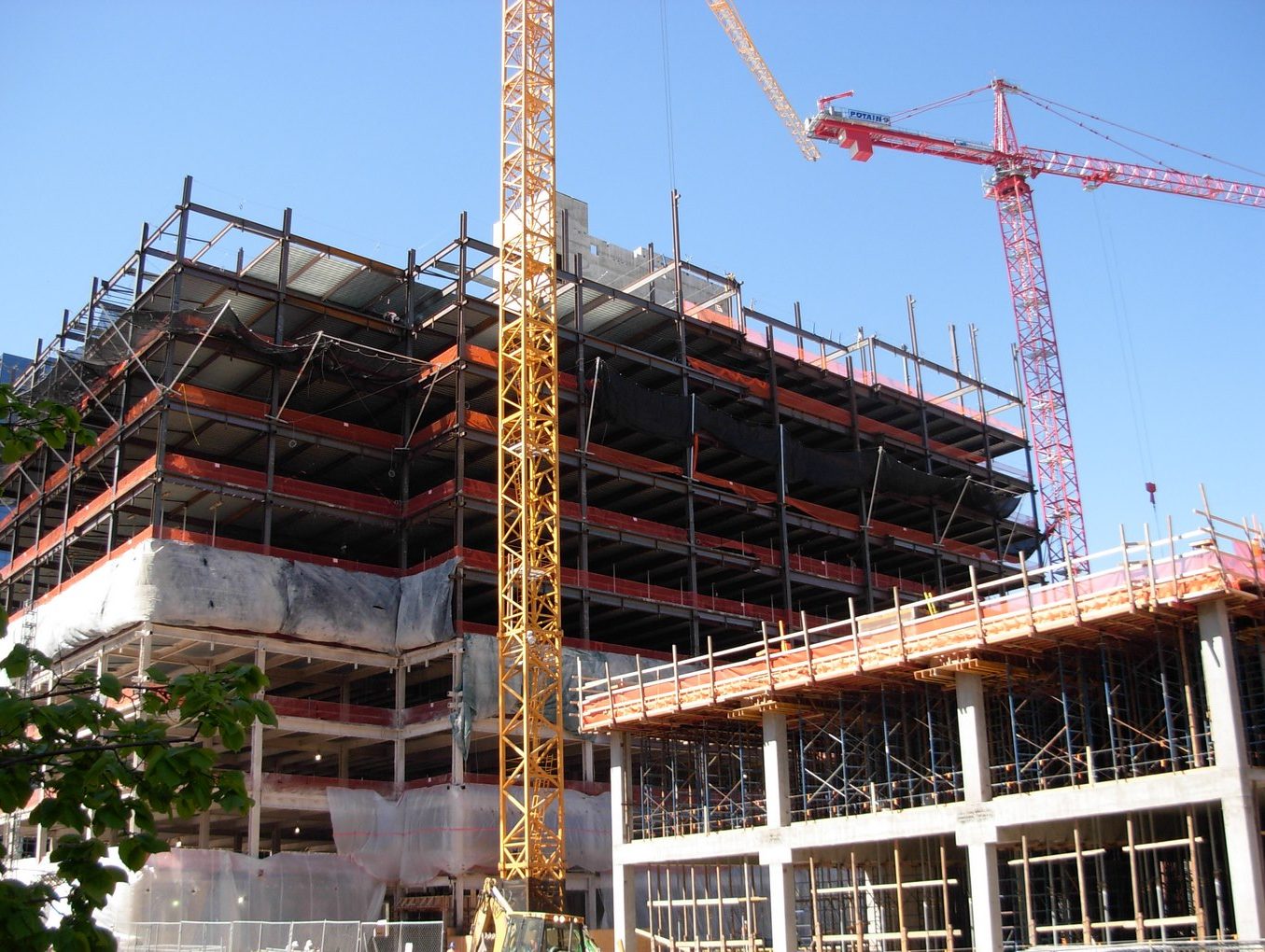 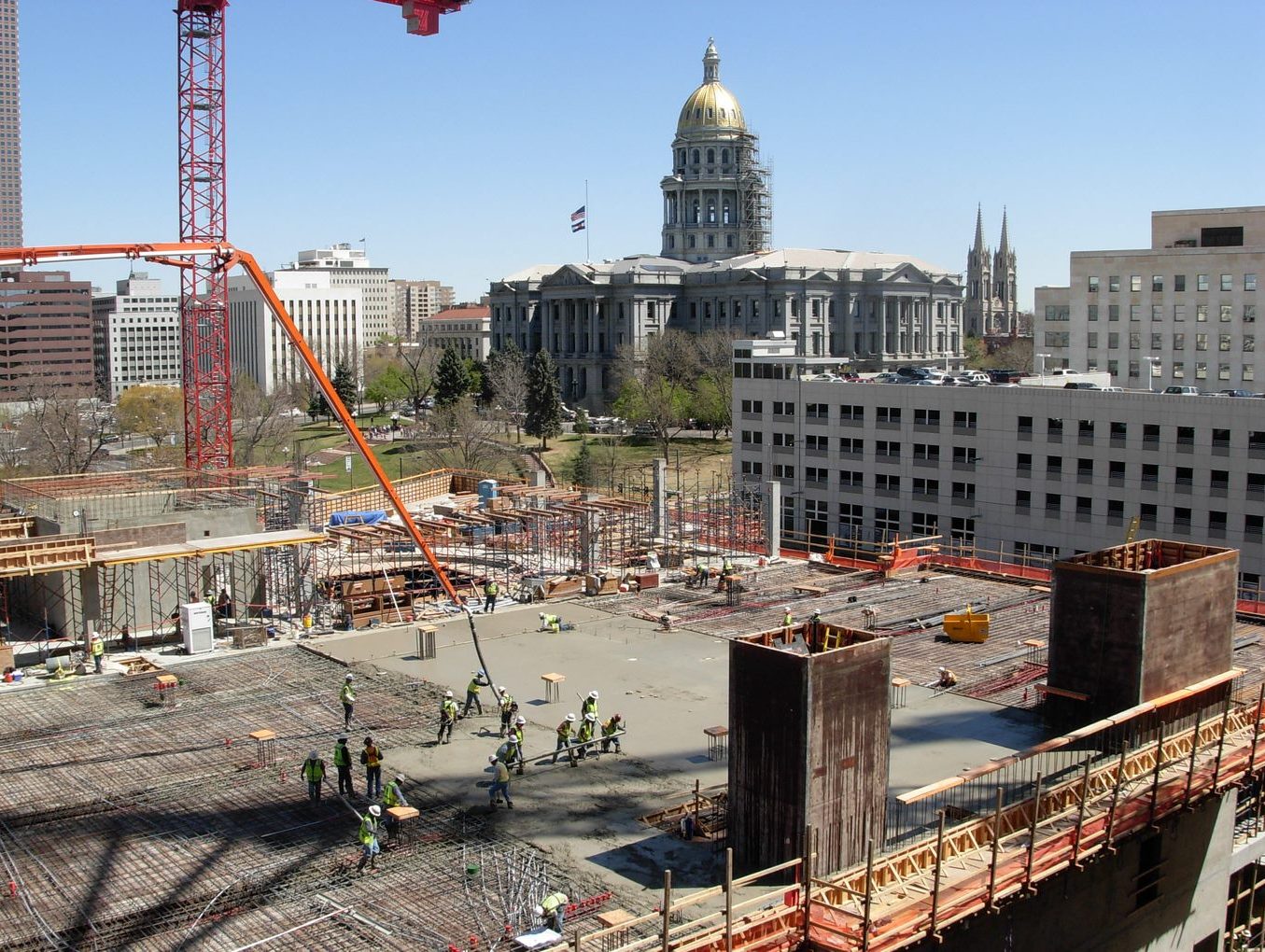 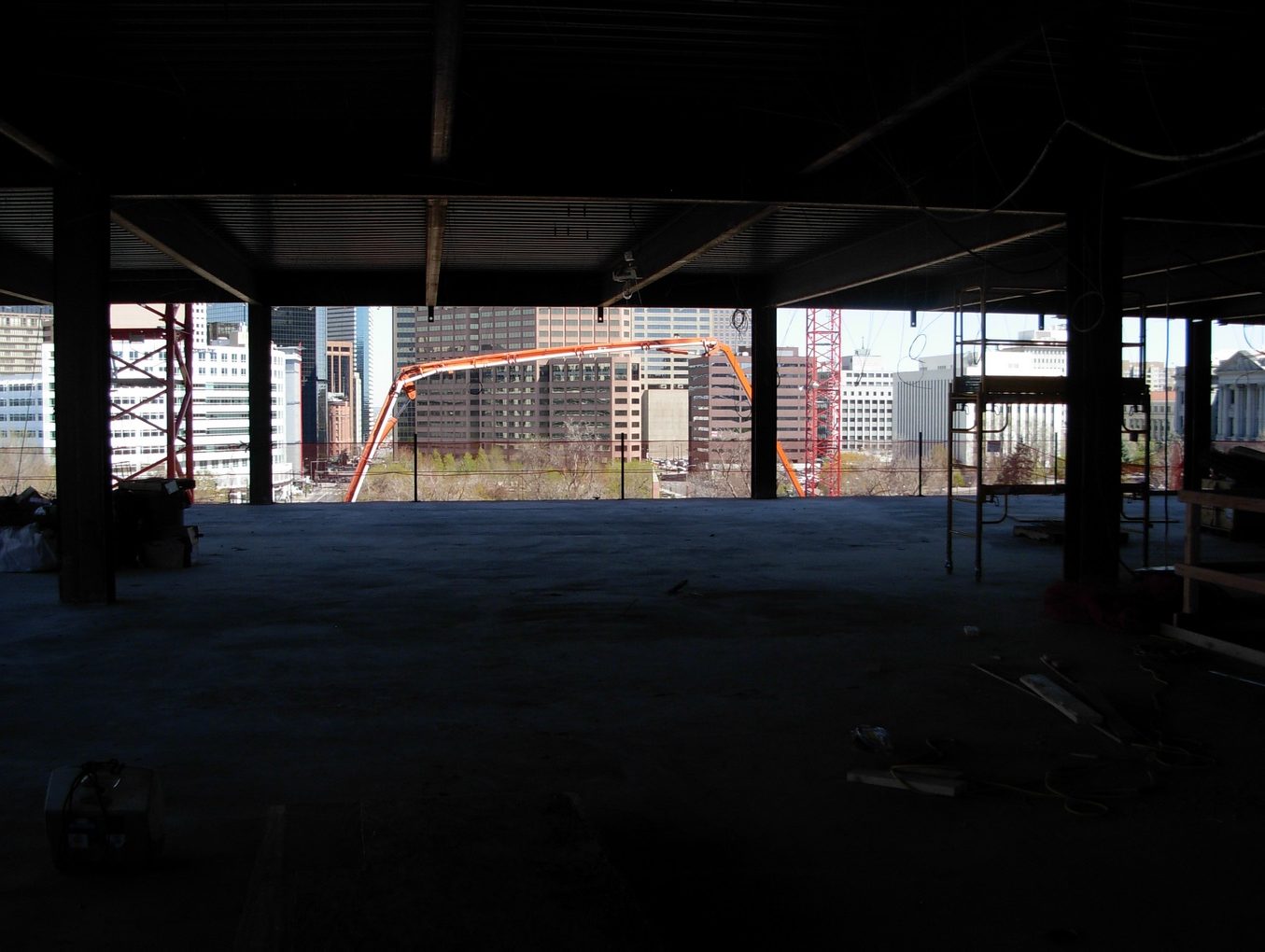 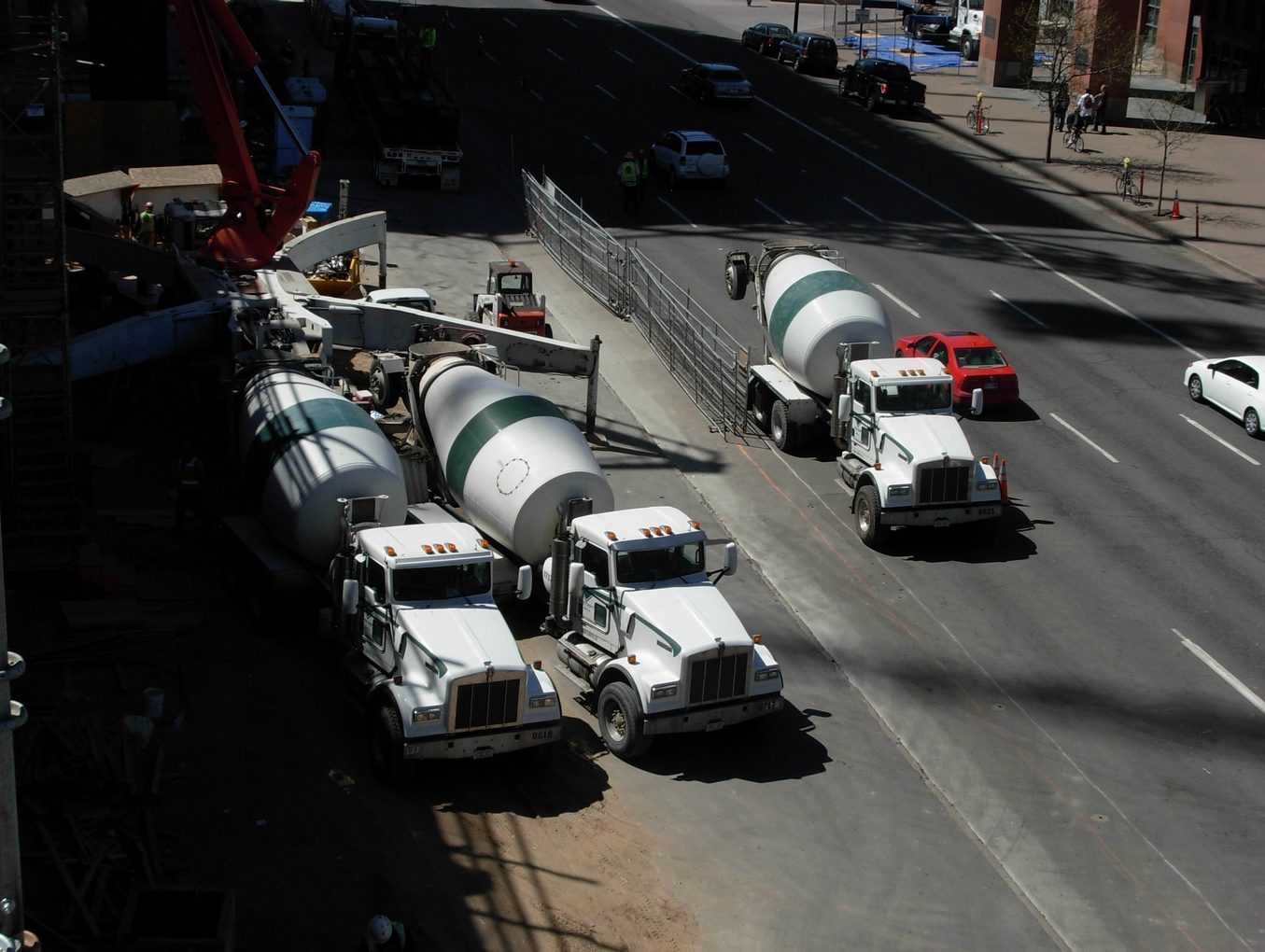 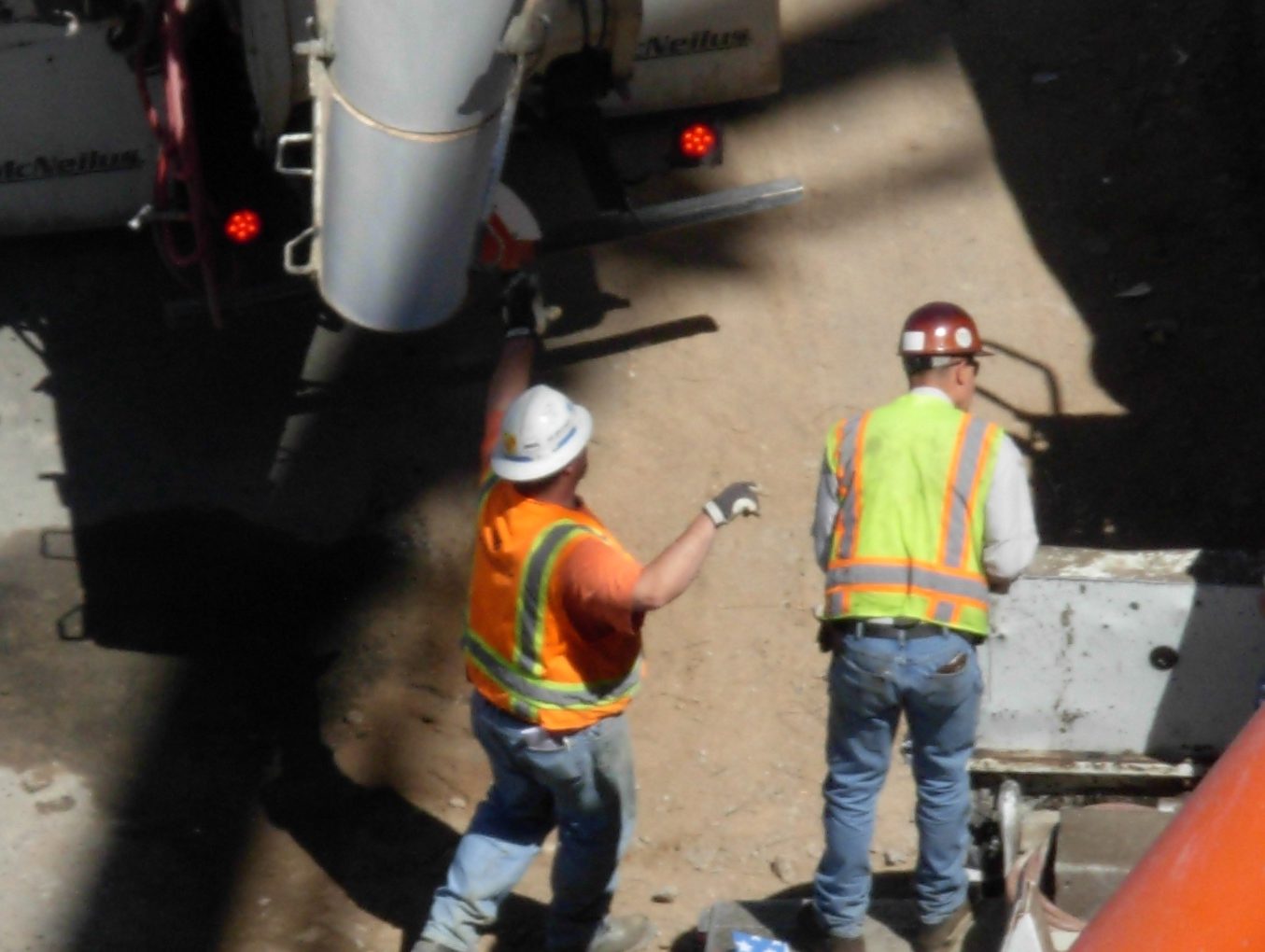 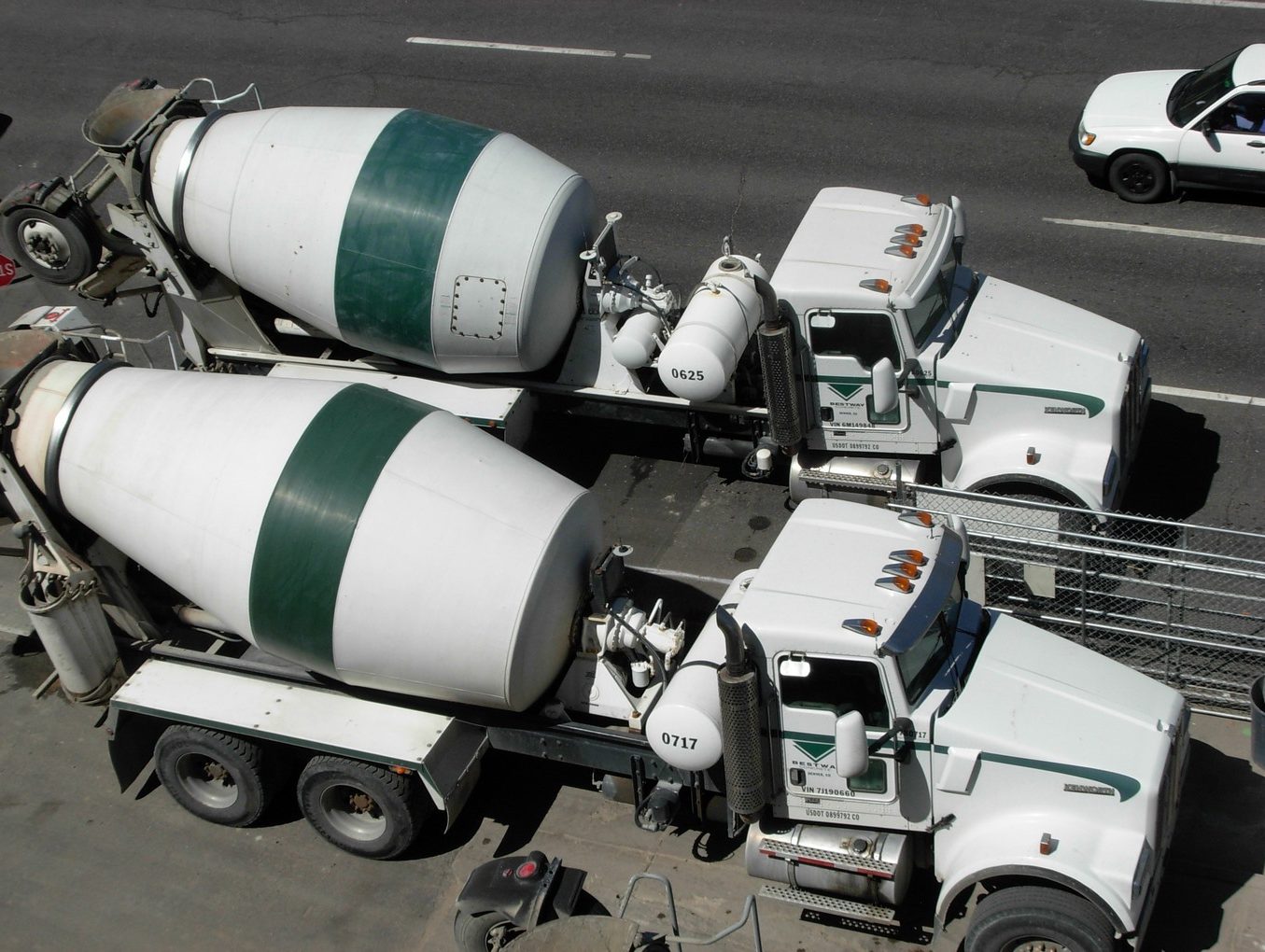 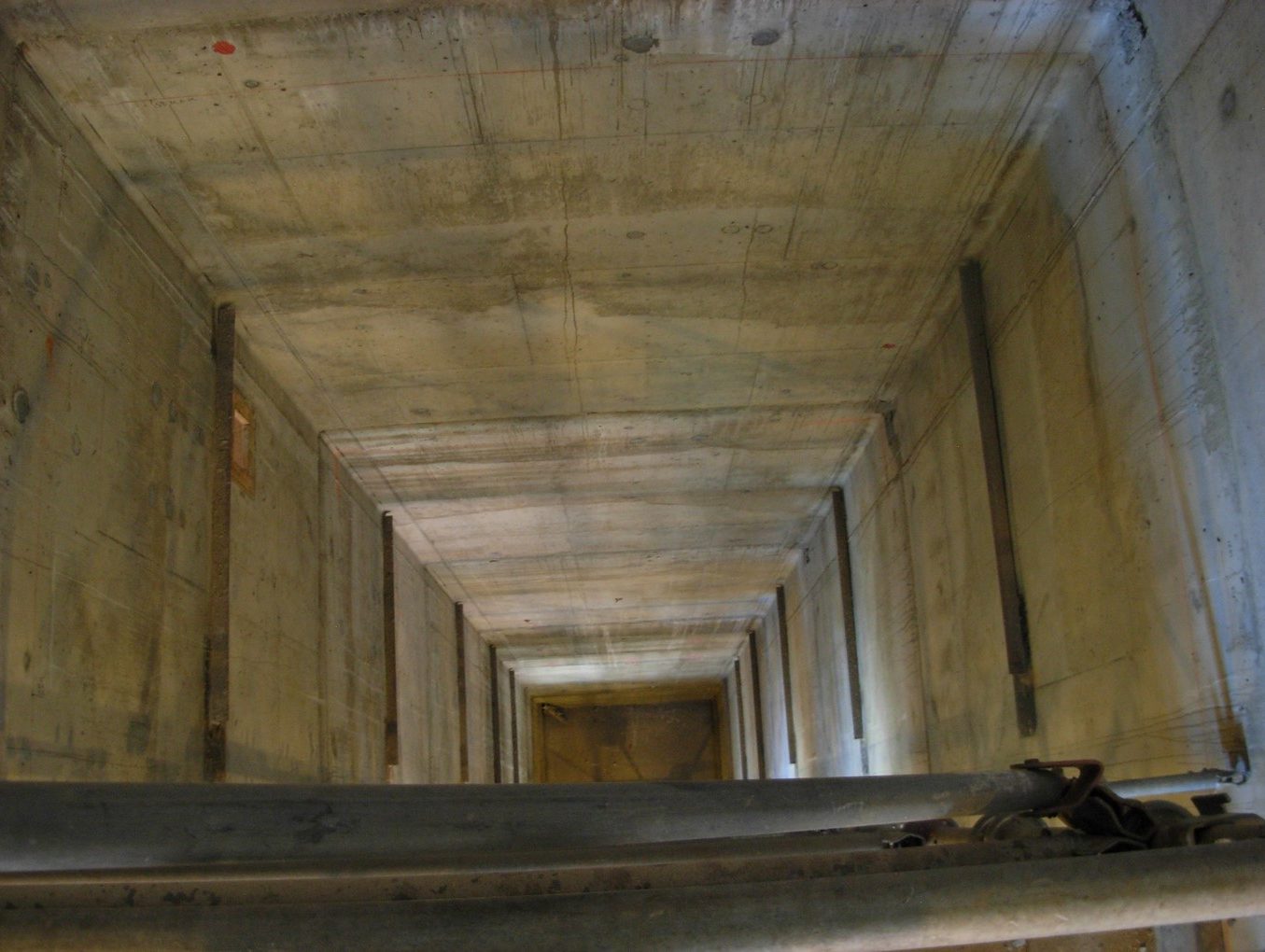 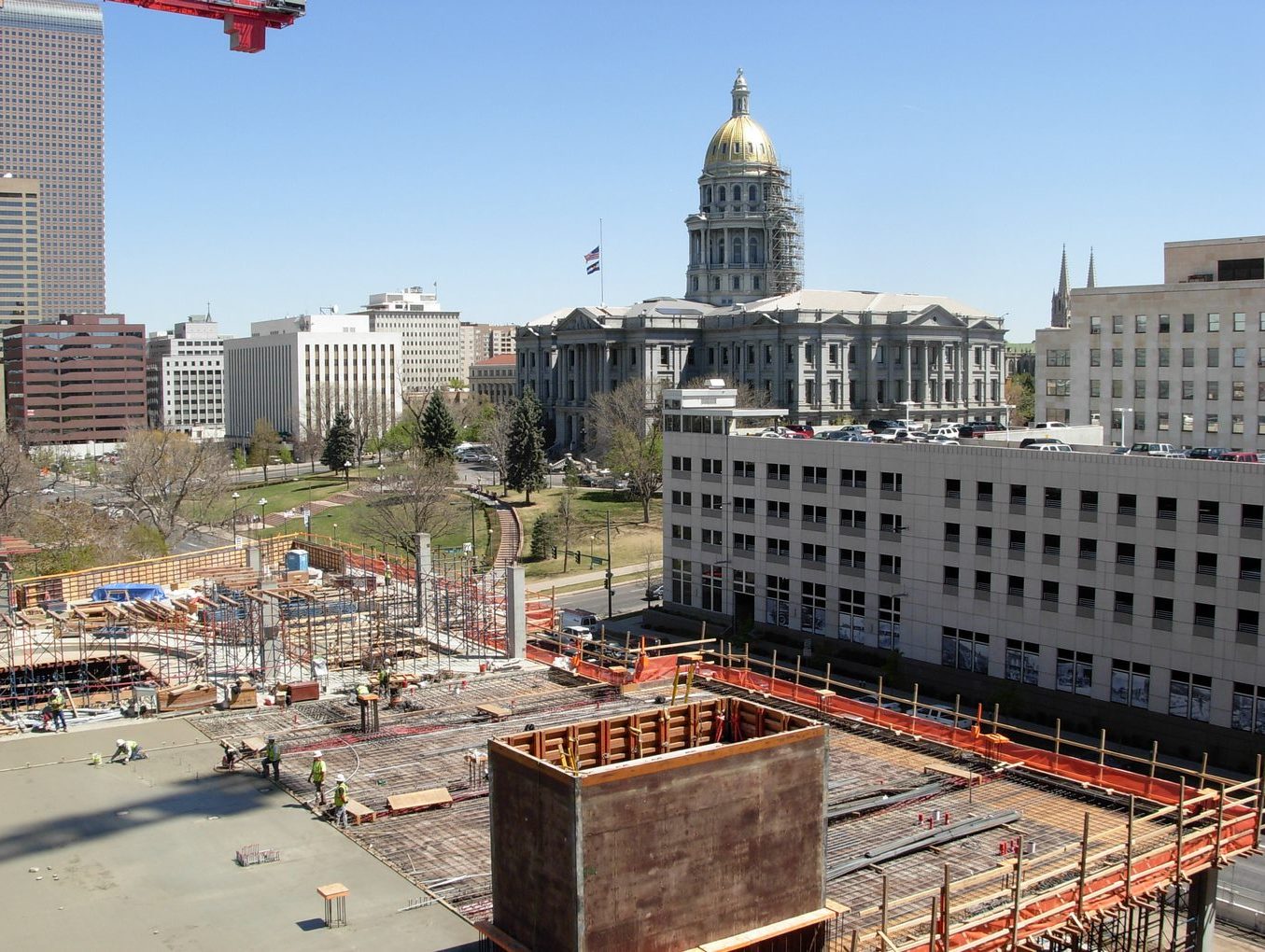 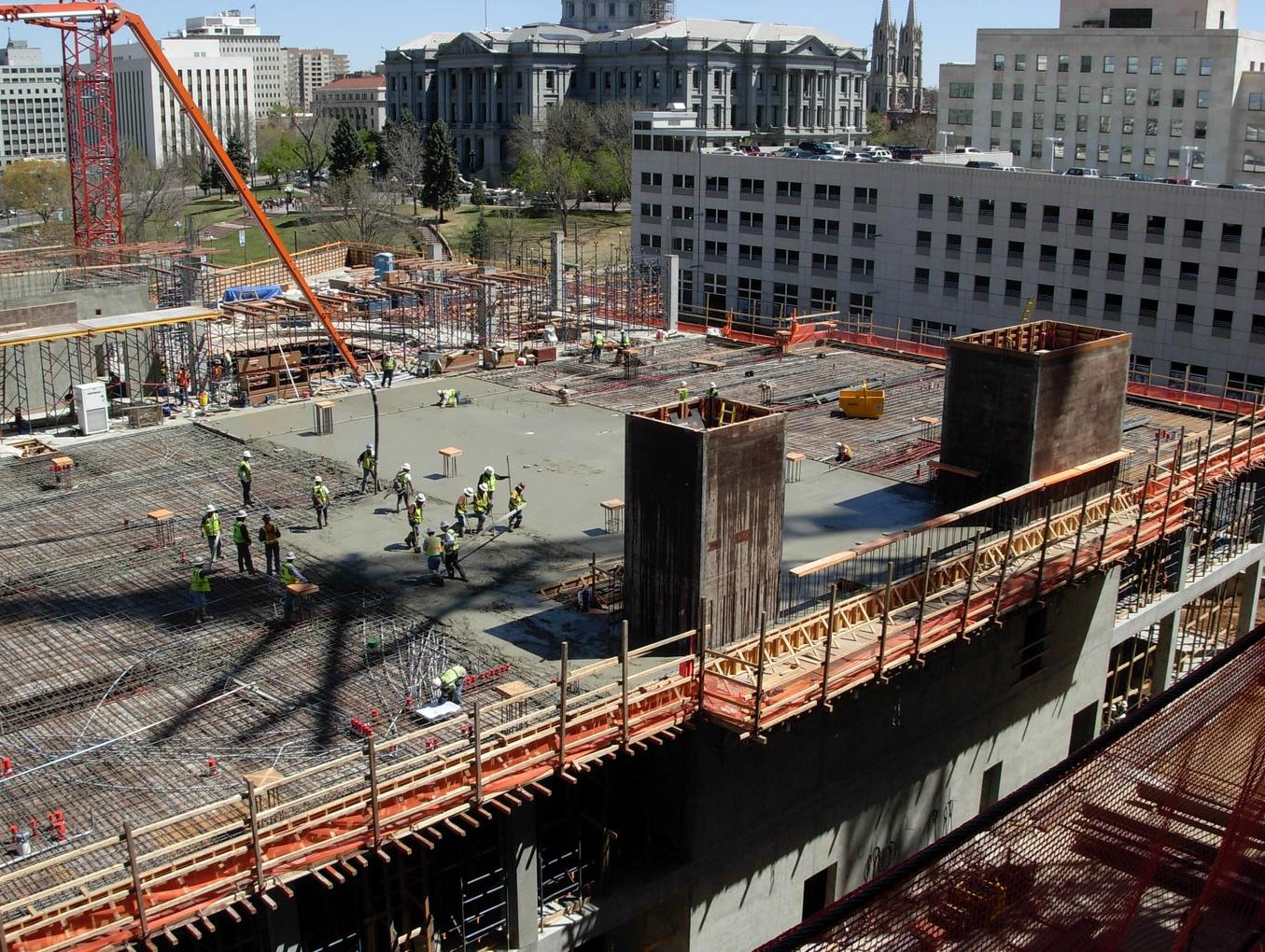 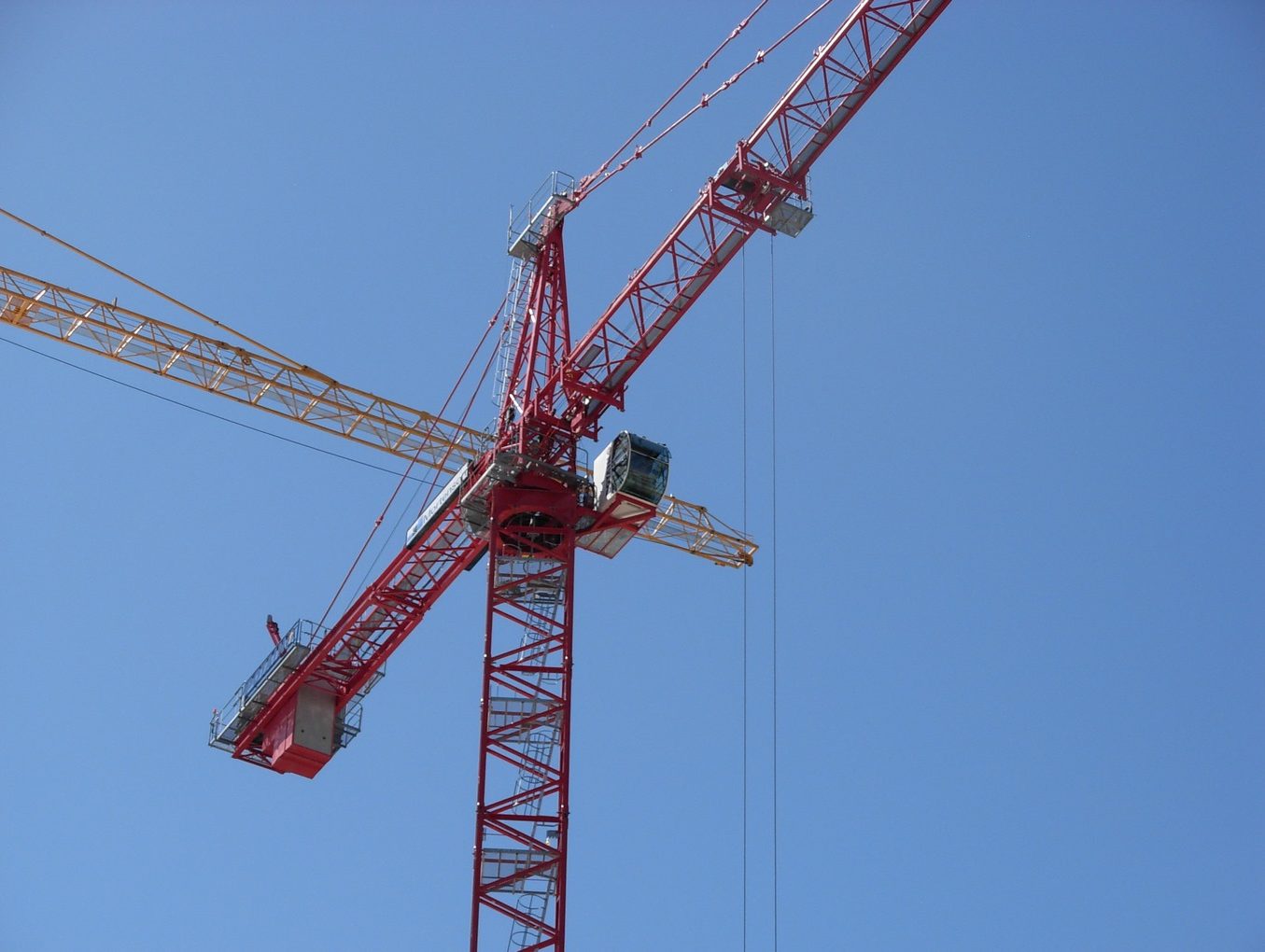 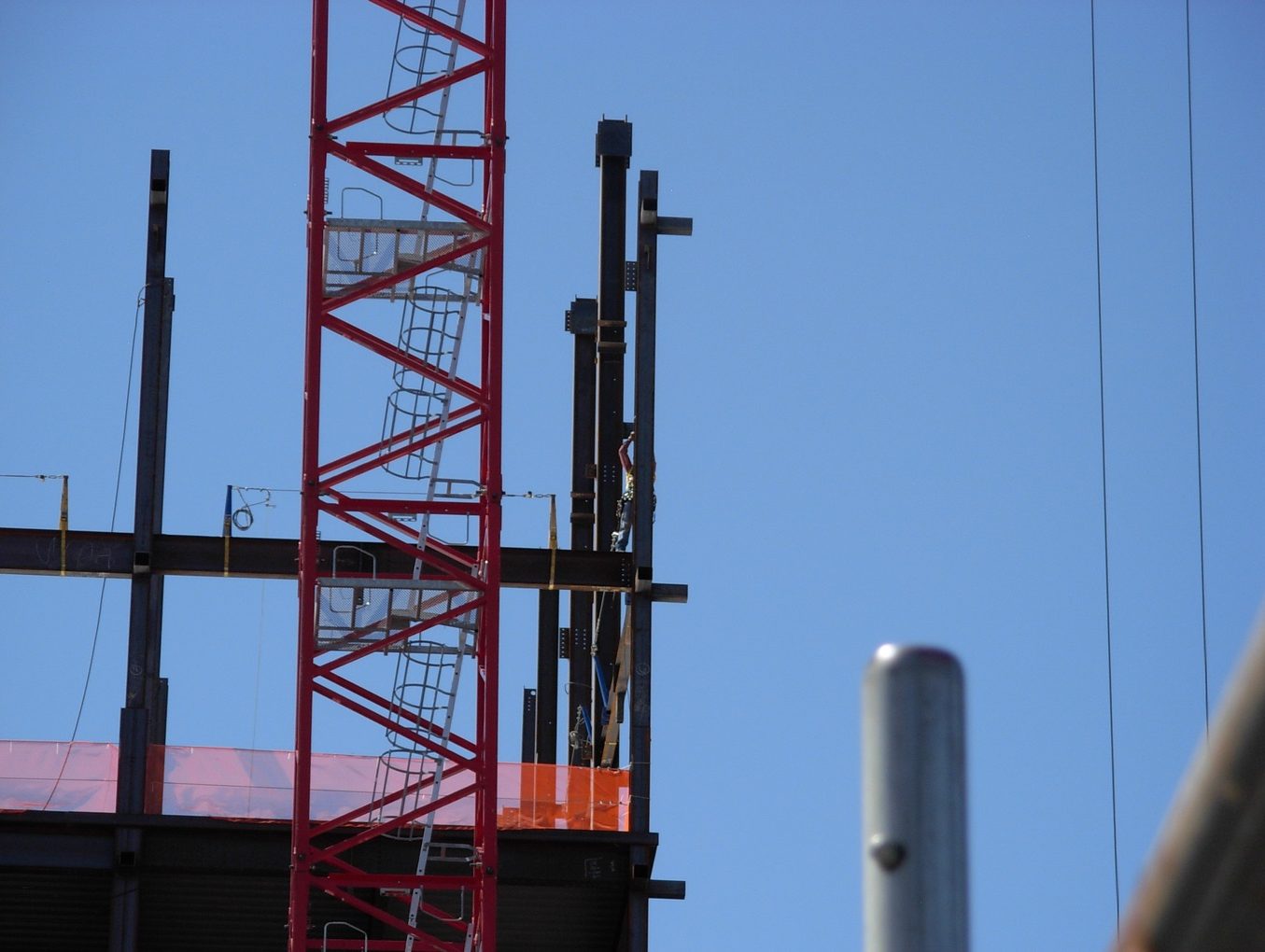 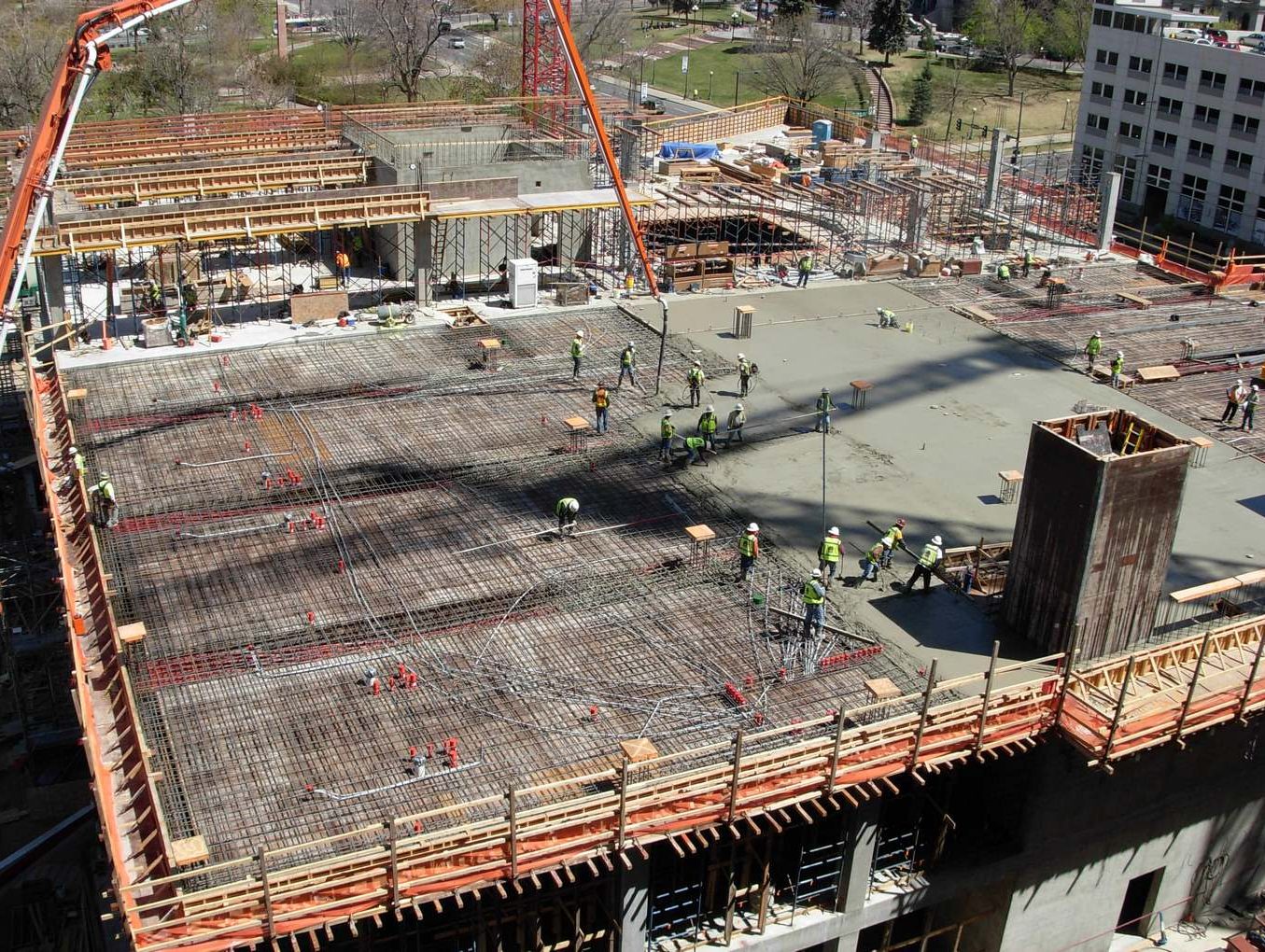 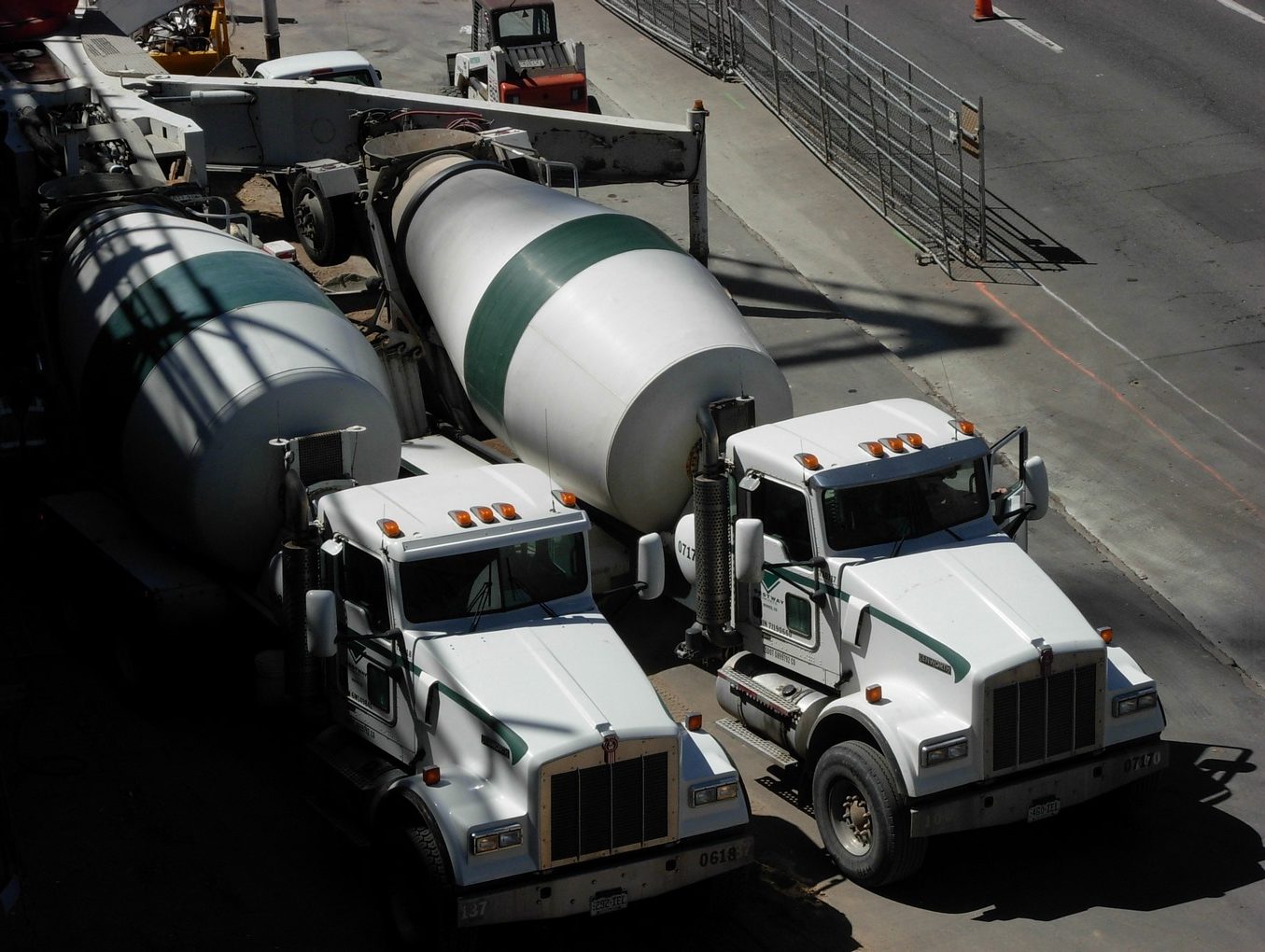 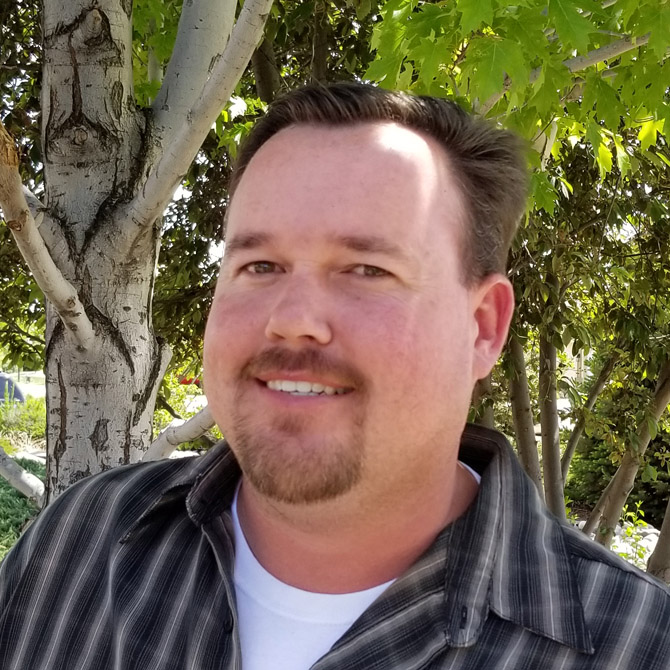 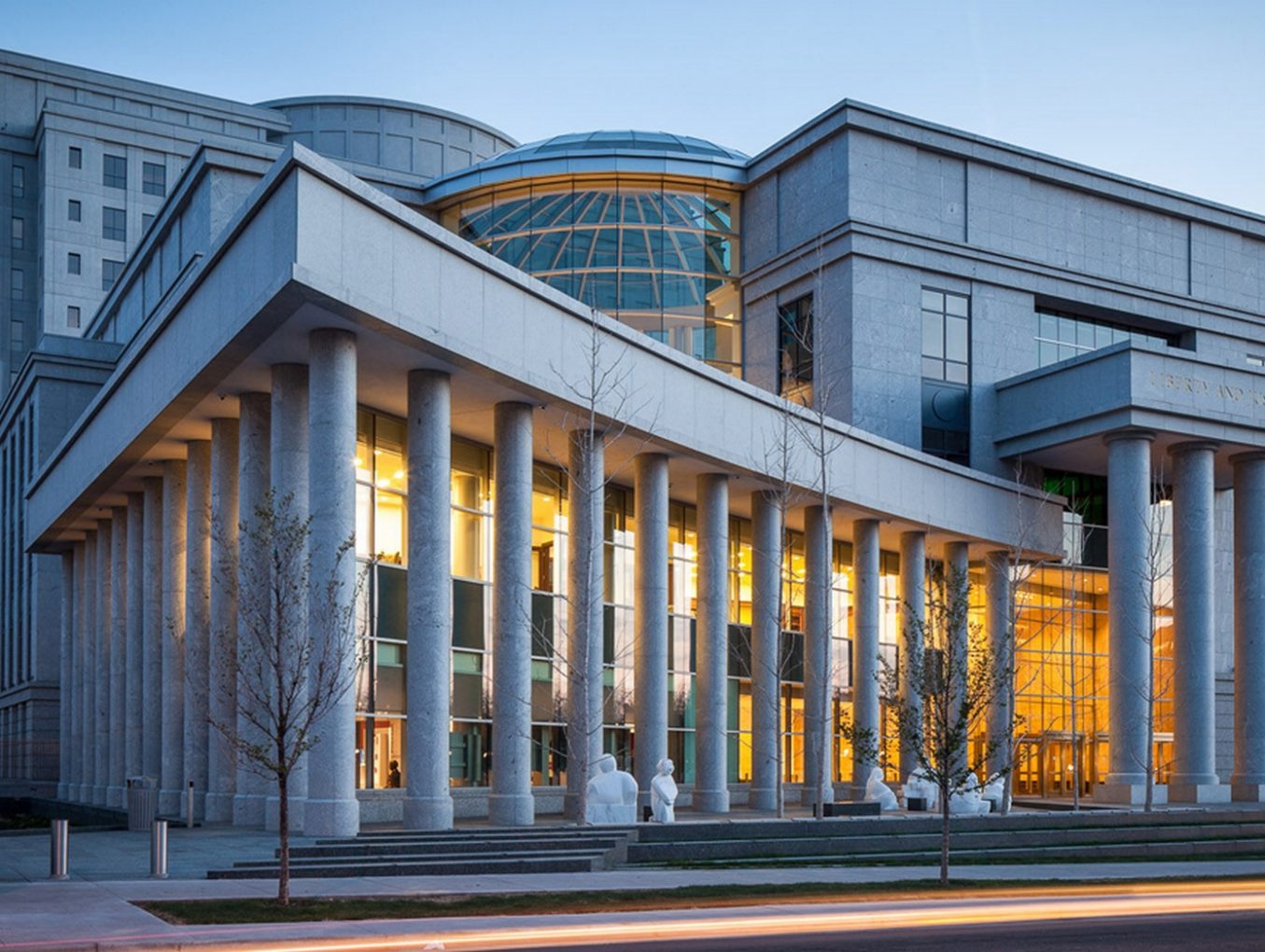 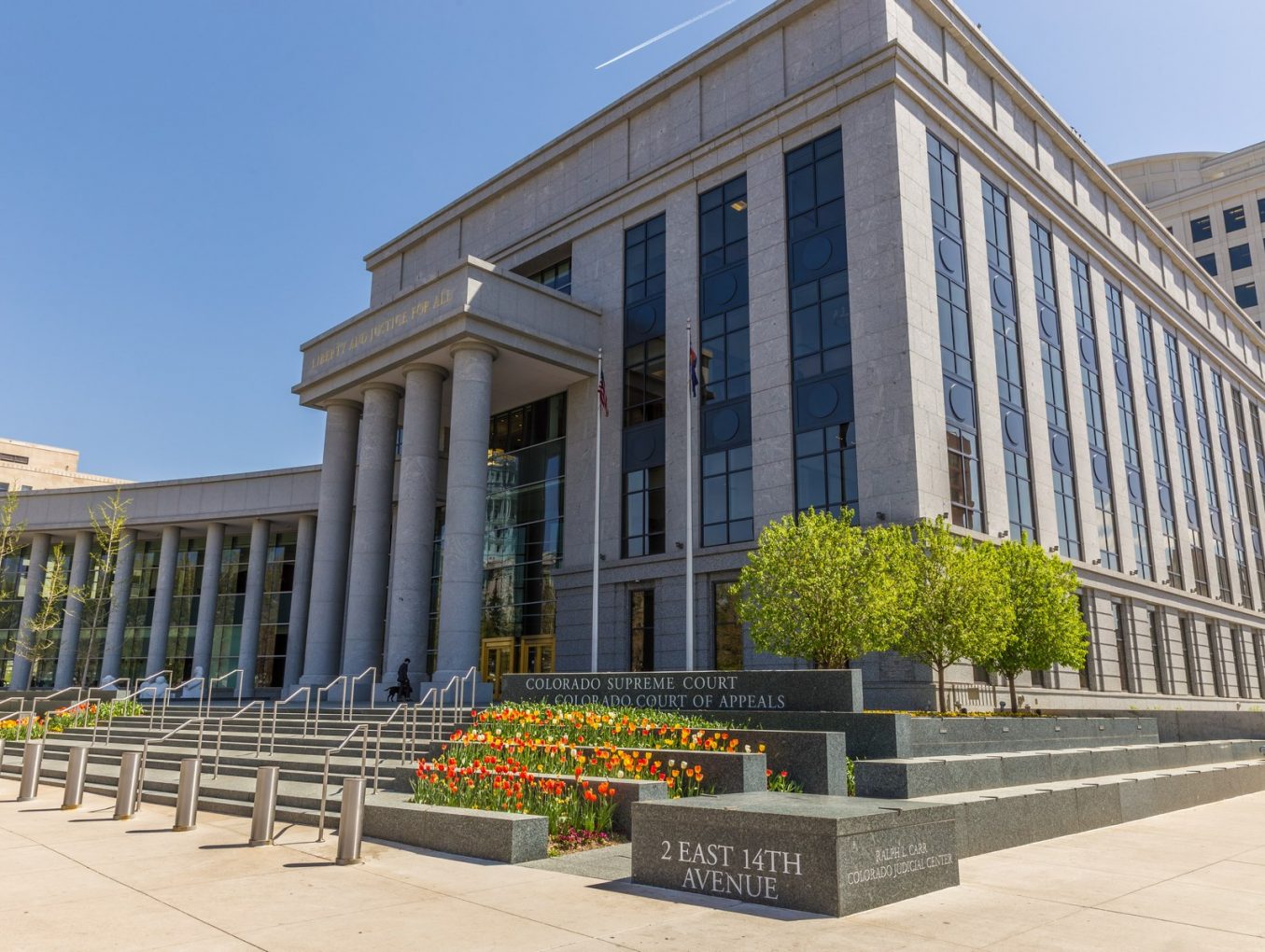 The Judicial Center was built to serve as a 100-year building for the Colorado State Court system. Its design and construction honors the legacy of the state court system and while providing a facility that can accommodate the Court’s future. The project includes a courthouse with two courtrooms for the Court of Appeals, a courtroom for the Colorado Supreme Court, the Colorado Supreme Court Library, and an educational civics learning center that features interactive exhibits showcasing the role of the American justice system. The project also includes a 12-story office tower, which is home to the state’s judicial and legal agencies.

Project Challenges:
This project is built in the middle of downtown Denver activity. Located directly across from the Capitol Building and the Denver Library, constant vehicle traffic and foot traffic were a safety concern. This project had 3 caisson drill teams going all simultaneously and the foundation walls were placed with shotcrete. Being a government building dealing with the criminal nature, there were increased security measures designed into the building, such as bomb proofing the court building. This concrete required a high compressive strength, high slump mix that pushed the boundaries of mass concrete because the slabs and beams were four feet thick in places.

Project Solutions:
The Ralph L. Carr – CJC project was a high profile construction project for the Colorado Judicial Branch. As such, there were many observers to the site and safety was a key to making the construction project a success. Coupled with the pedestrian foot traffic and downtown traffic, this site required Mortenson and Bestway to devise a detailed plan of traffic patterns and safety protocols. Bestway was able to remove our mixer trucks from the site rapidly as we had the ability to wash down our trucks at our plant. The mix designs used on this project ranged from 4000 psi to 7000 psi, with a 5000 psi shotcrete and a high slump slab mix being the majority of the placements. Placing 25,000 sqft slabs at a time with the extreme thickness of the slabs equaled many 900cy plus placements. In order to keep things flowing, the contractor placed the concrete at 150cy yards per hour in the middle of the day to avoid public traffic peak times. Bestway was able to move trucks around the system of batch plants in order to give our Denver facility the appropriate truck counts to service the project.