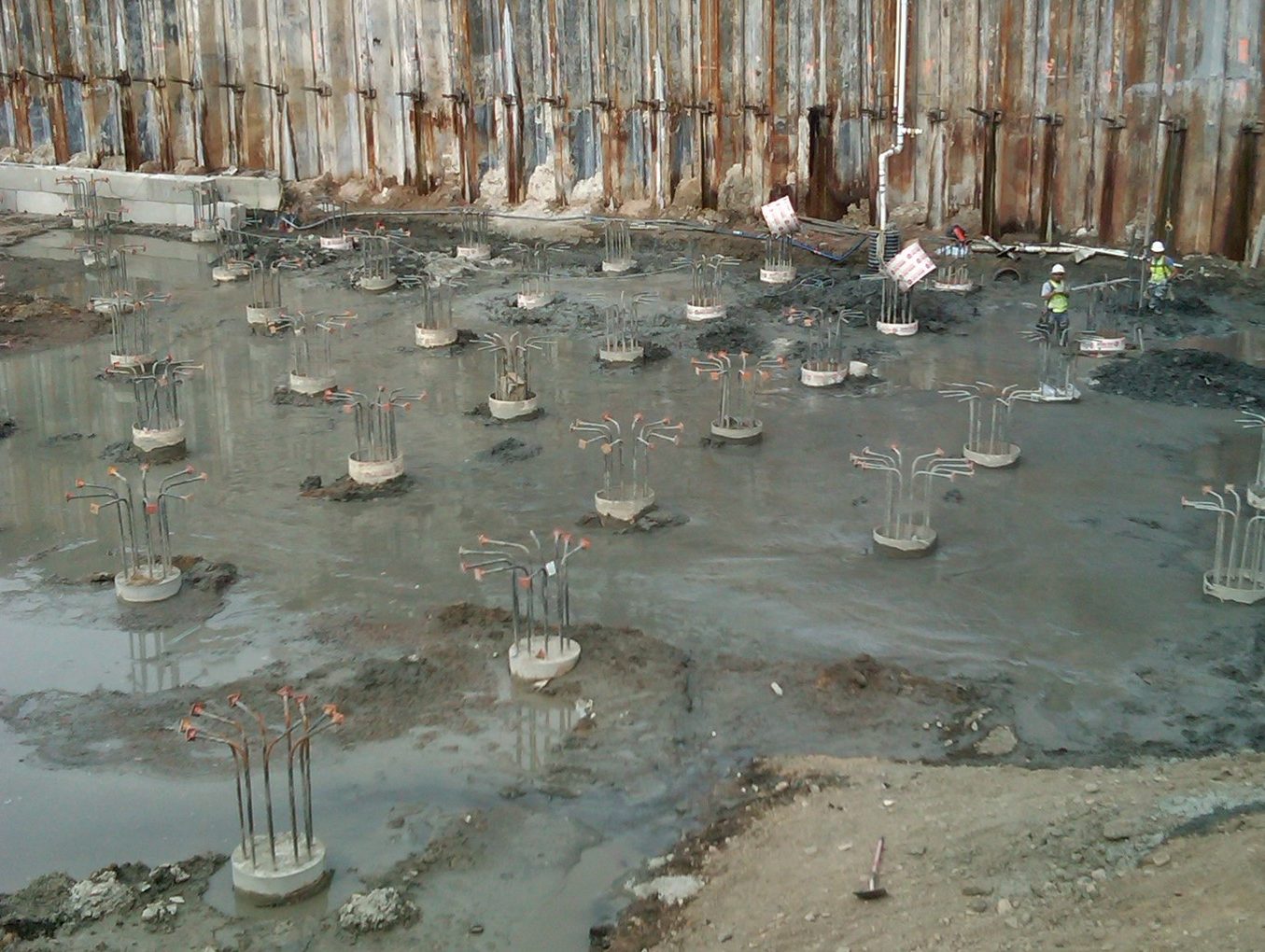 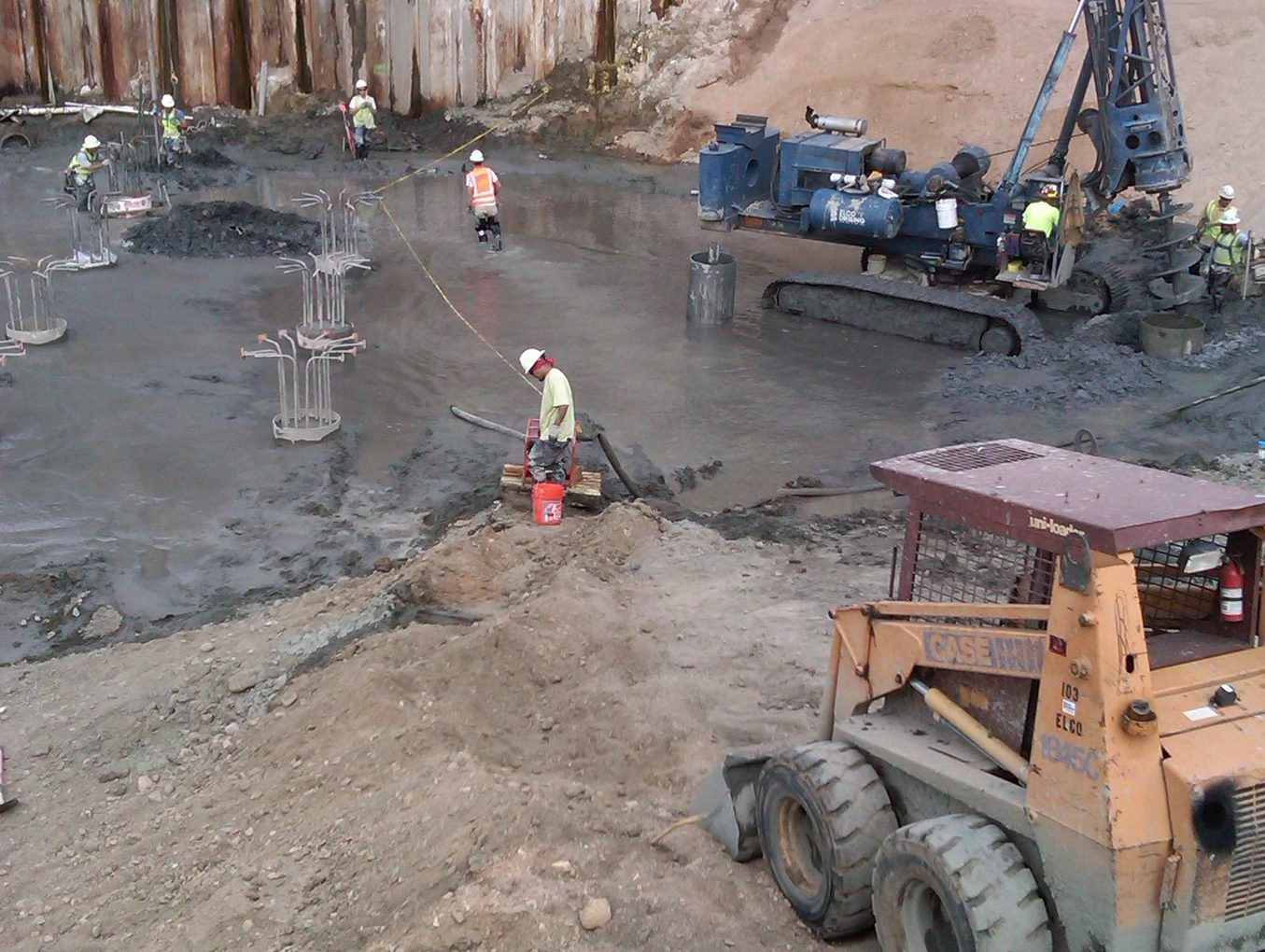 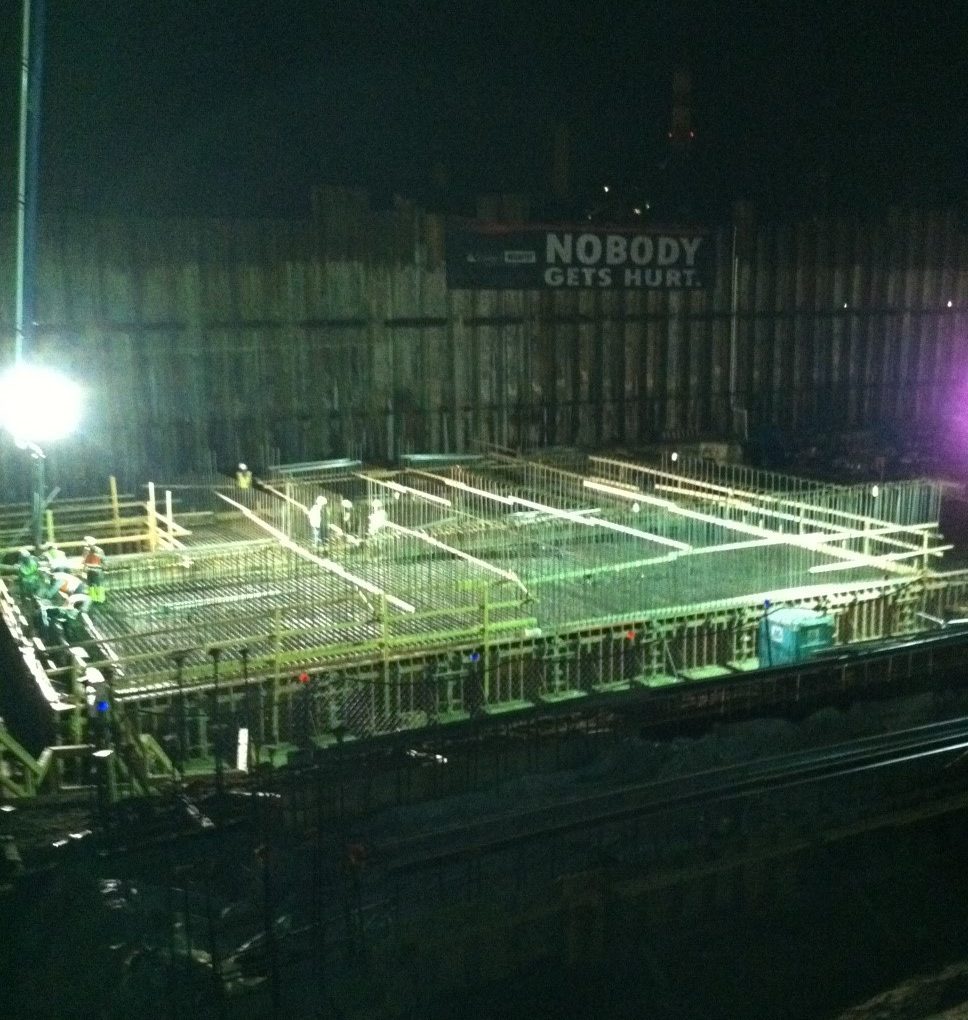 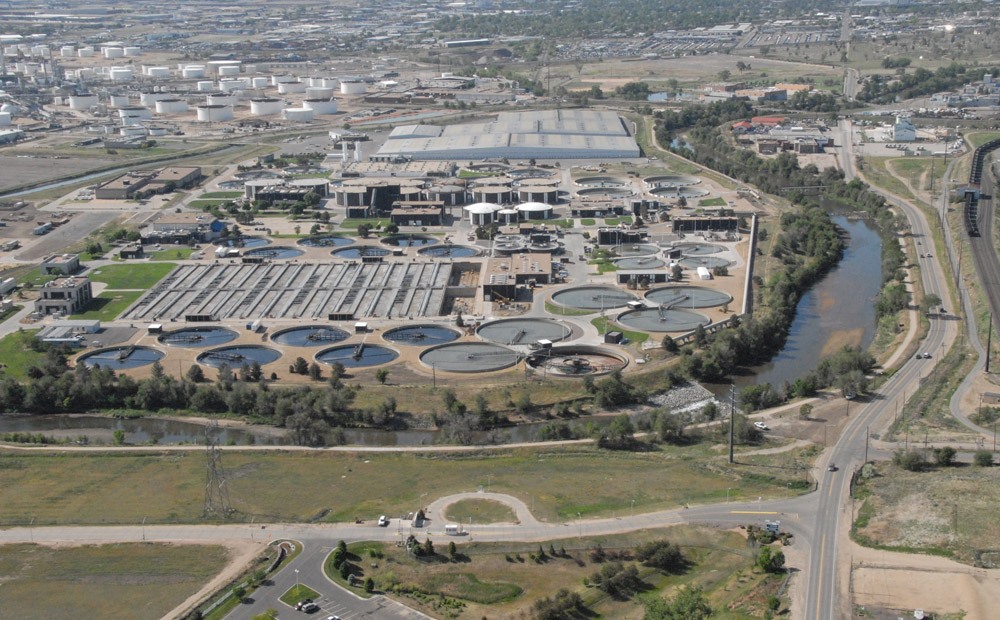 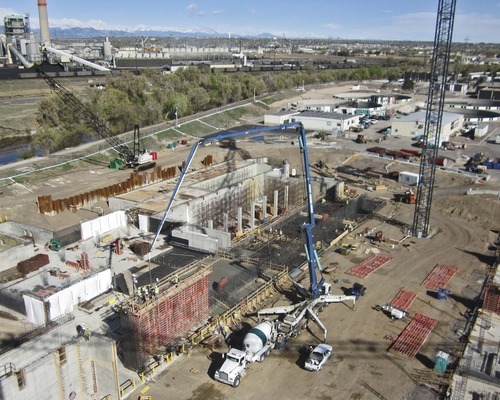 Project Challenges:
PAR 1085 presented several challenges as the construction schedule was key to keeping the existing treatment plant functional and getting the new systems on line before the January 2015 deadline. High strength mass concrete was the majority of the placements and strict quality control measures were in place throughout the project. The specification for the mass concrete had tight parameters and delivery schedule was fast paced in order to get each component built. Many high rate and large volume placements took place in the summer’s heat. This was problematic, because of the required low concrete placing temperature needed for the thermal protection plan.

Project Solutions:
When the mass concrete placements started the project was behind schedule and the contractor looked to Bestway to help catch up. In order to meet the schedule, Bestway implemented the use of ice in concrete batching to lower the starting temperature of the mix before delivery. The mass concrete mix called for a low water/cement ratio, a consistent low thermal temperature, and a water proofing admixture was specified. Bestway designed a mix that met this criteria by working with our team of vendors, Western Summit, and Carollo. To help control the temperature, we placed most of the concrete starting at midnight or early in the morning. Placing 900 cubic yards in 5 hours required great coordination with the onsite personnel and plant batch personnel. The project finished on time because of great teamwork and innovative thinking from the entire construction team.