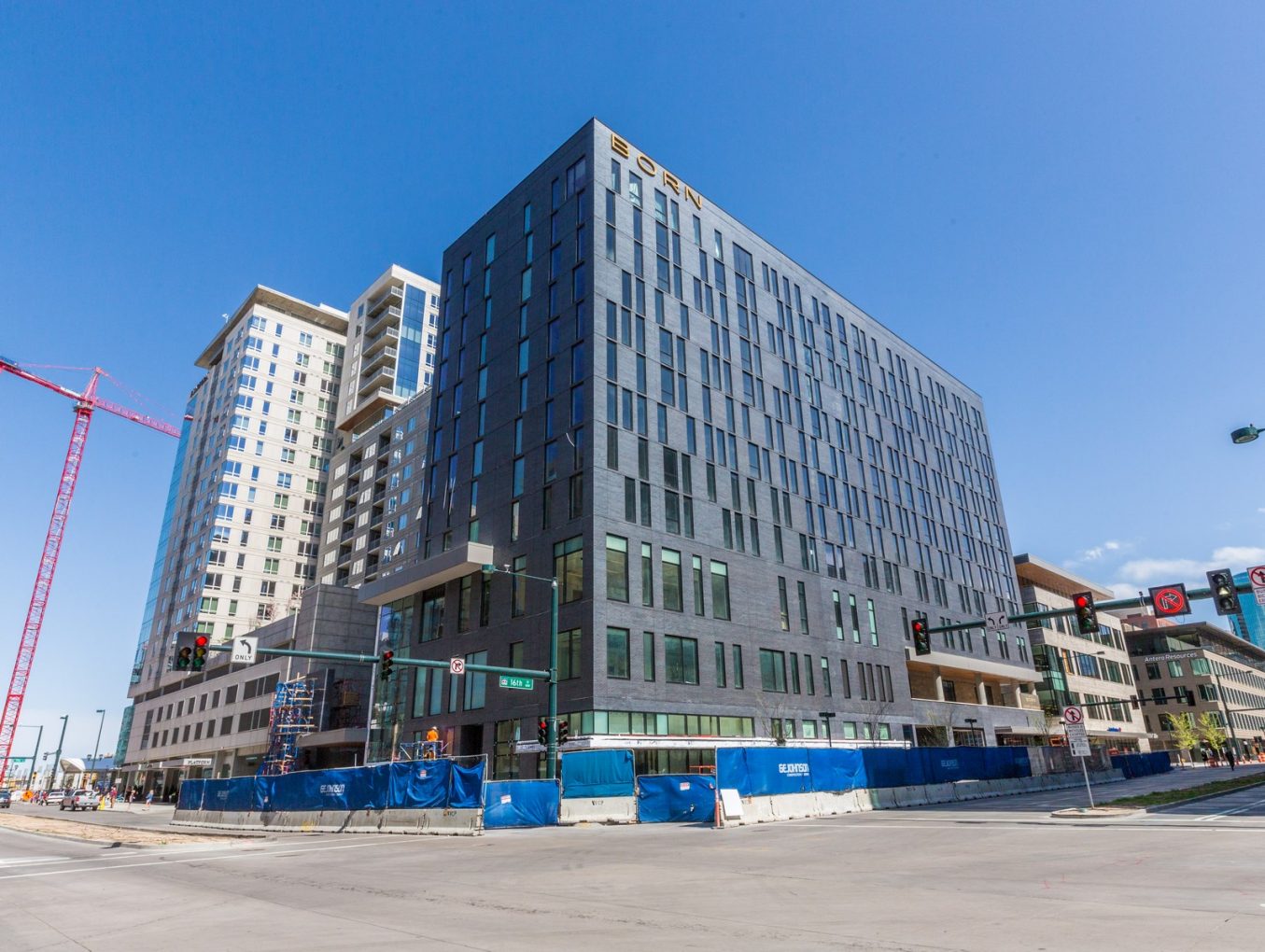 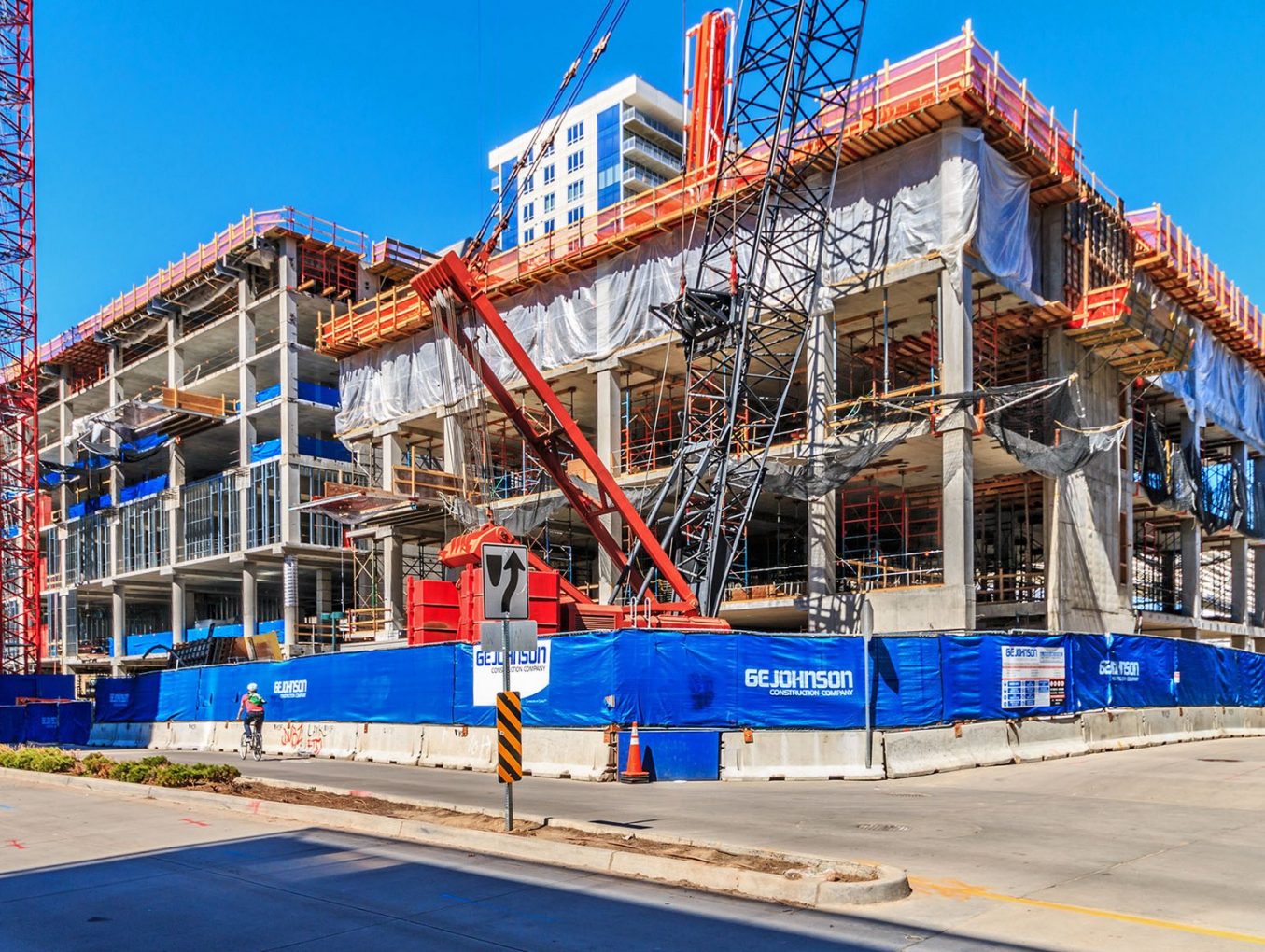 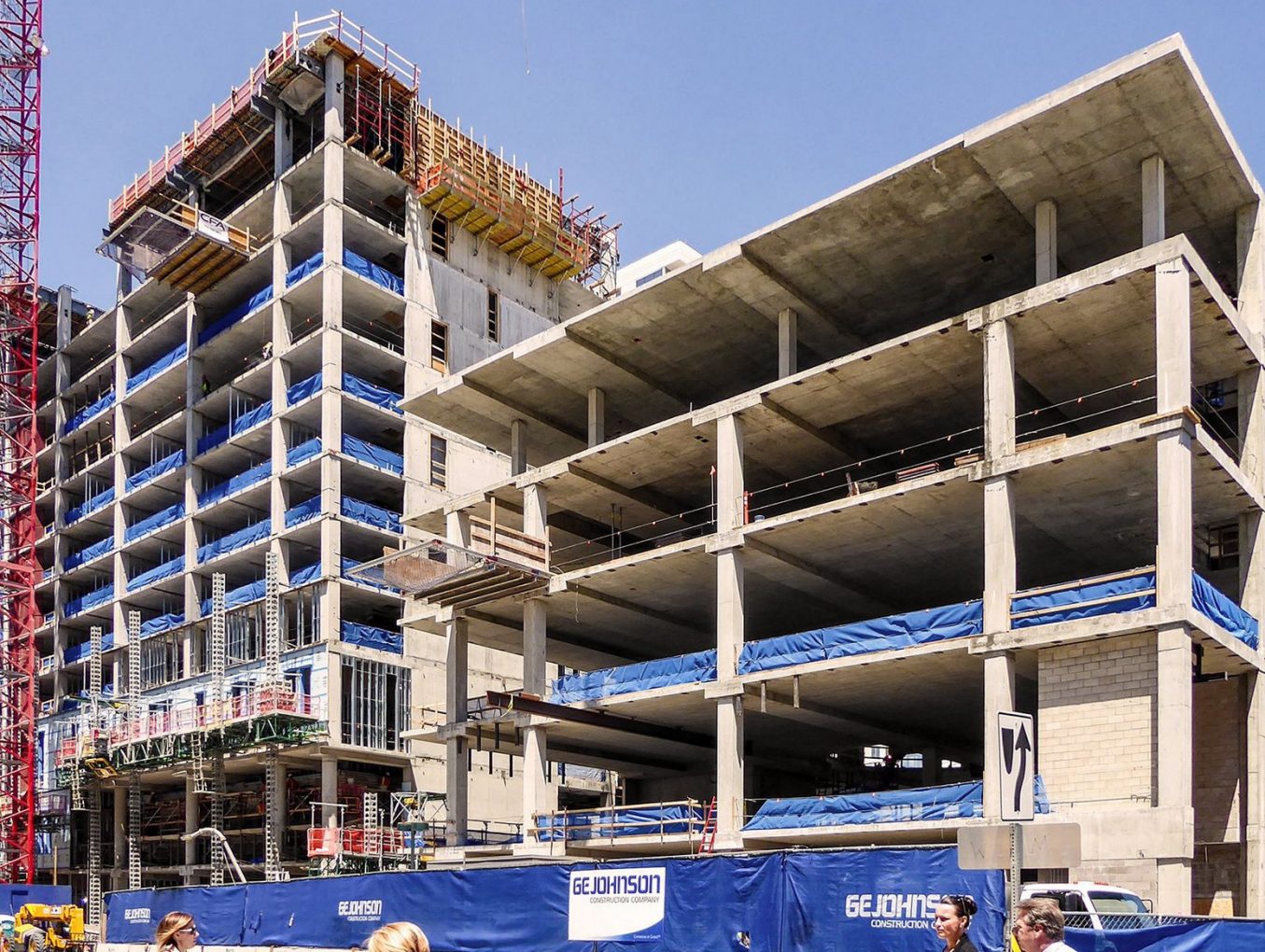 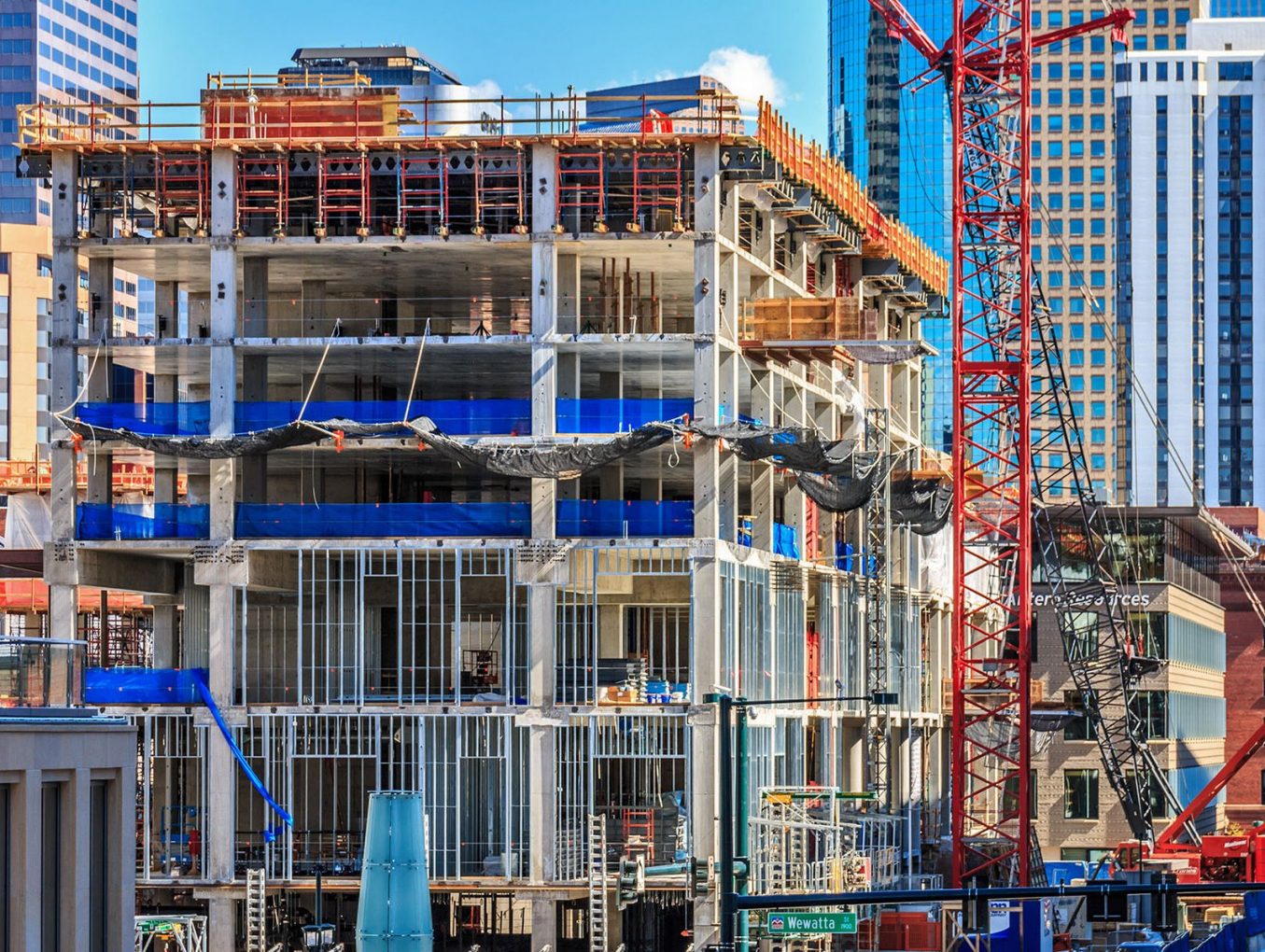 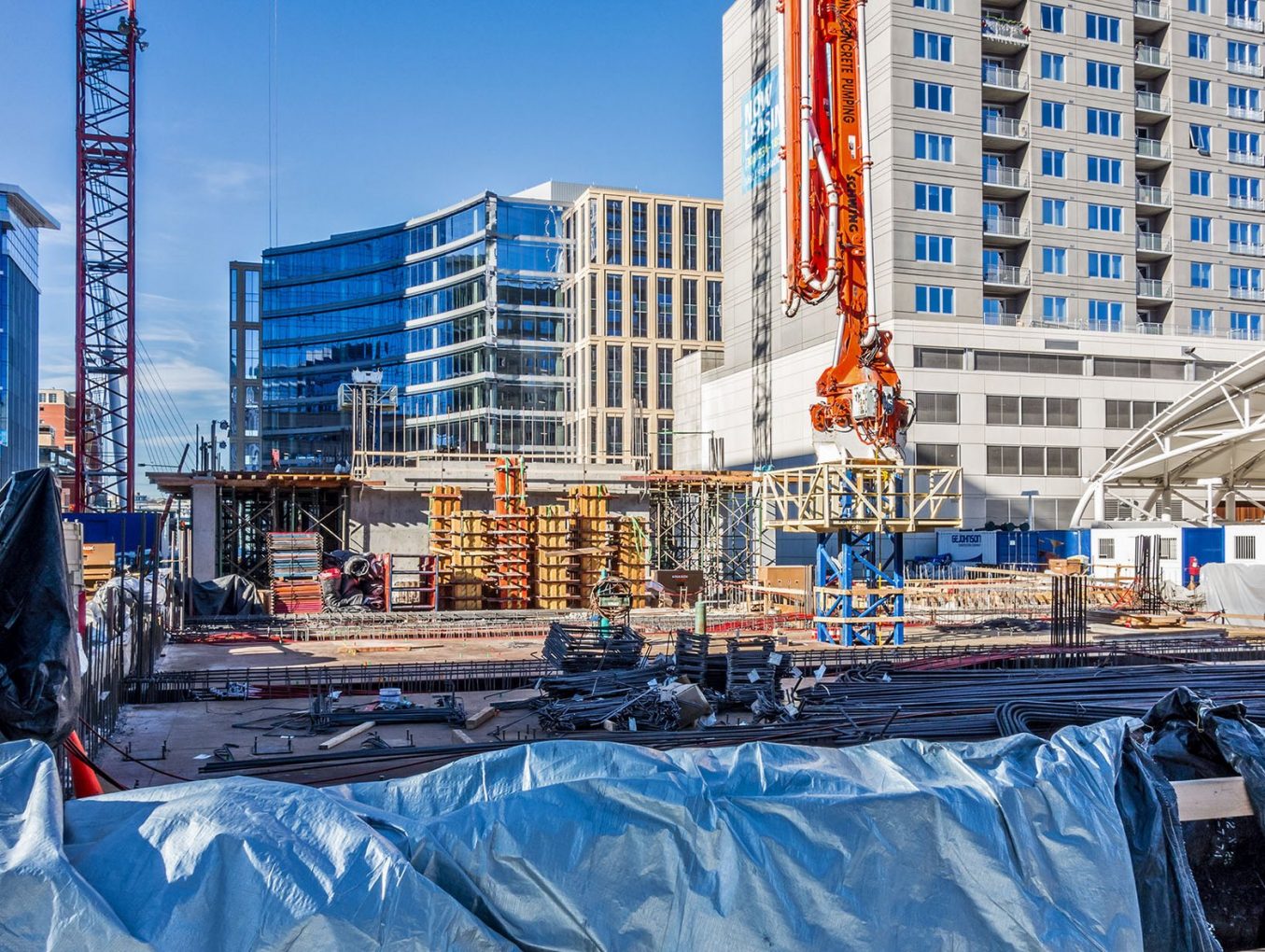 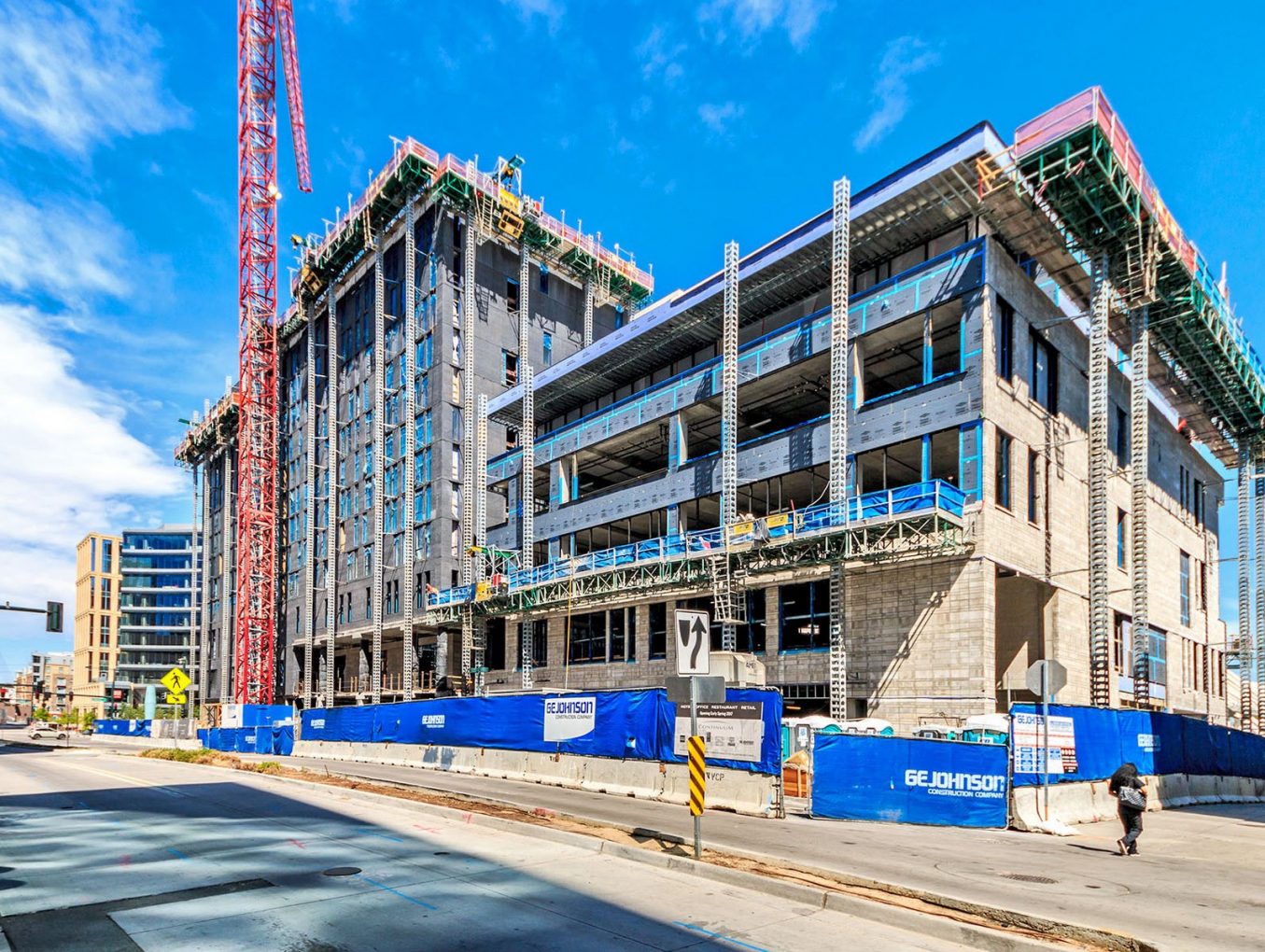 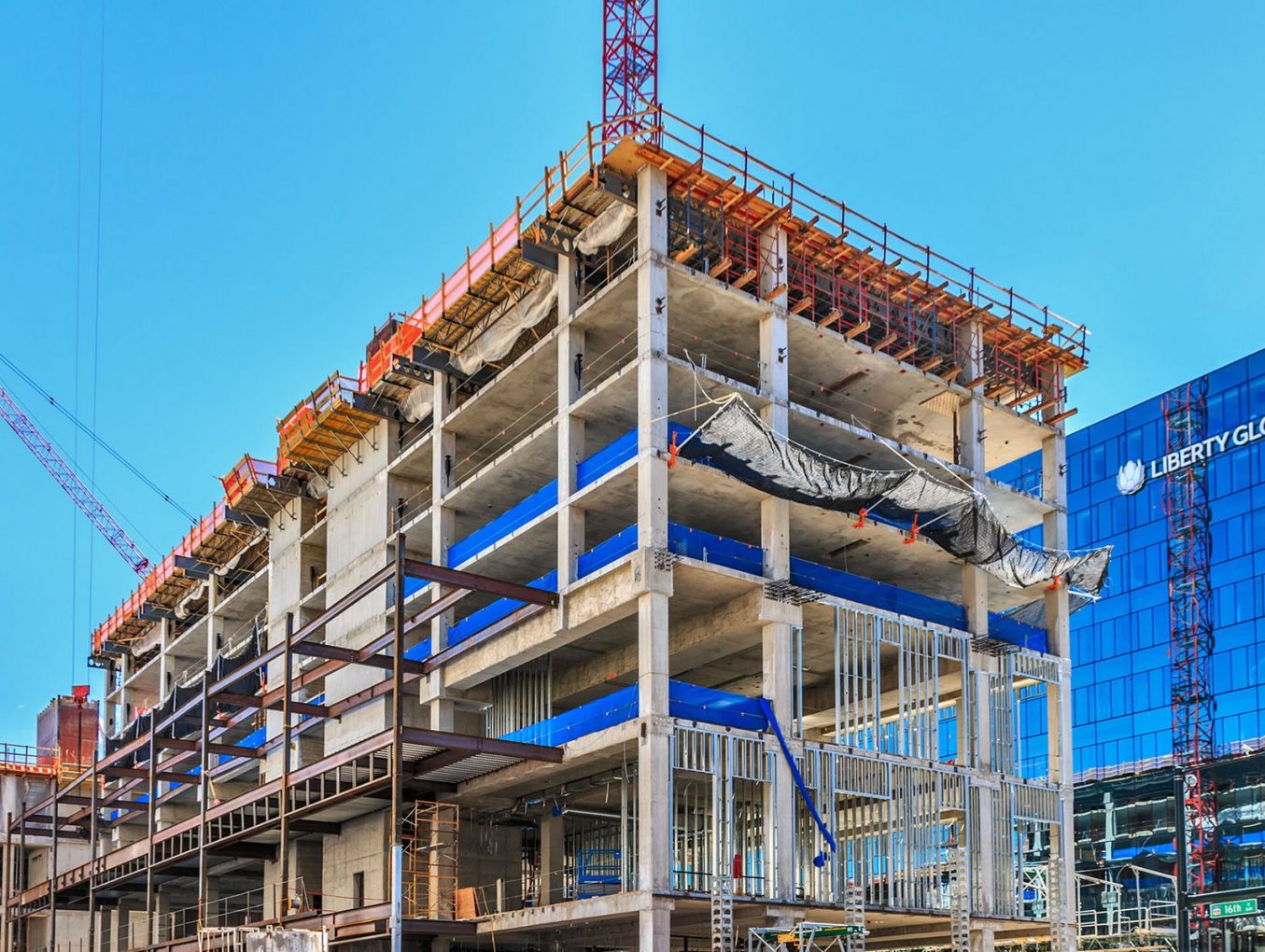 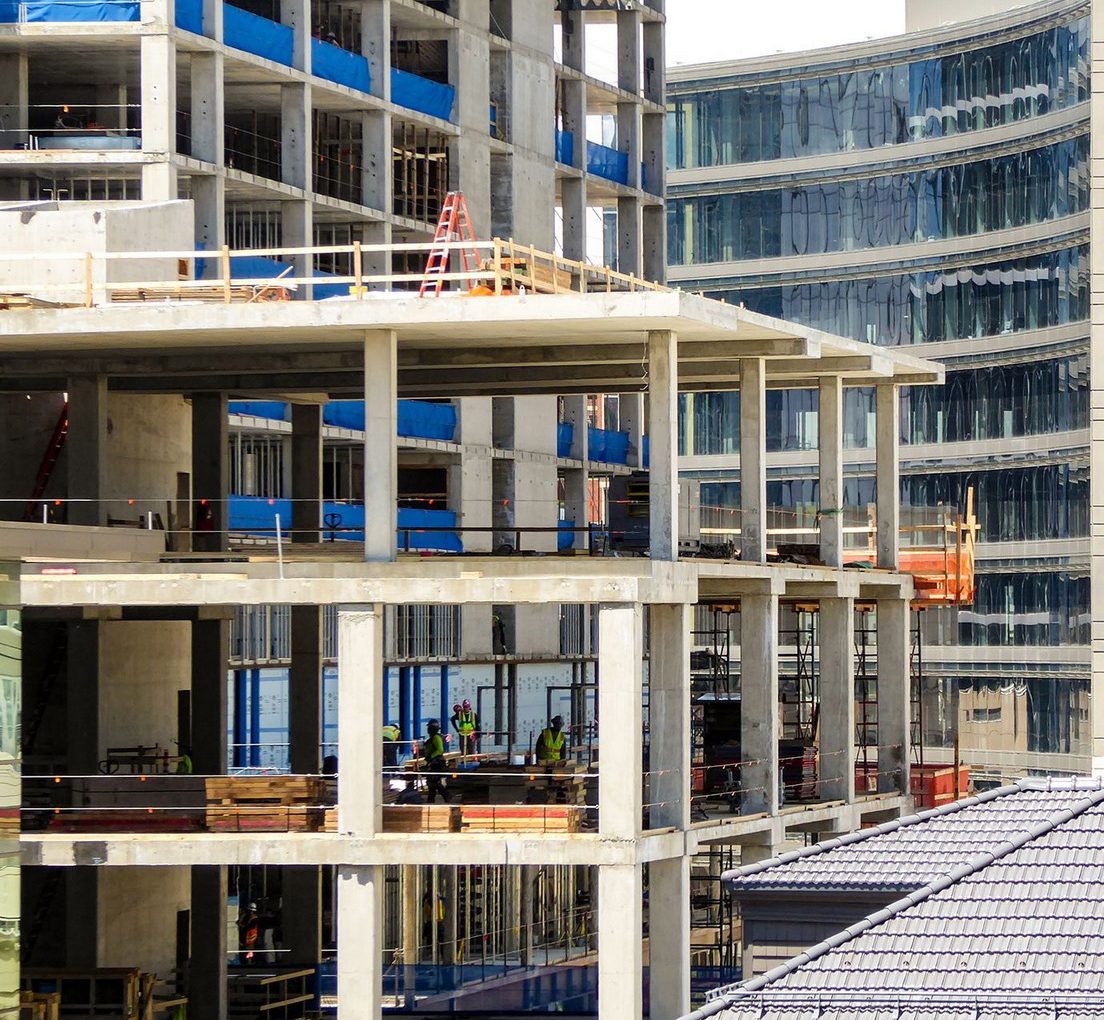 1601 Wewatta, a 280,000 sqft. office building for Denver’s Union Station district. The 10-story project is located at the corner of 16th and Wewatta in the Denver metro area’s hottest real estate market: Downtown Denver’s Union Station district. In addition to its primary office use, 1601 Wewatta also features 17,000 sqft. of retail space on the ground floor. The project includes 435 parking spaces on four levels of underground parking. The project broke ground in July 2013 and was completed in May 2015.

Project Challenges:
This project had some unique challenges in the specification with some of the concrete mixes for the project. There were some very low w/c ratio, high strength mixes, required for the project. Several of these mixes also called for them to carry some or all of the additional admixtures, like shrinkage reducers, corrosion inhibitors, and macro fibers. These kinds of mixes naturally pose a problem for any project, but for 1601Wewatta they added one more level complexity into the situation.

The pumping configuration was extremely difficult as well. After leaving the hopper, concrete started with a 40’ drop, then a 200’ run of pipe, then a 15’ rise, 40’ more pipe just to reach the placing boom. Then the climb to whichever floor we were working on, across the placing boom and down the tip hose to its placement spot.

Project Solutions:
Bestway Concrete worked with Concrete Frame Associates, the pump company, and the finisher to set-up a series of test pours. During these 4 test pours, Brundage Bone brought and laid out over 200 ft of steel line at our Henderson plant. Using Bestway’s technical knowledge of concrete, in collaboration with the project team, we went to work in designing the required mixes for the project. We were able to customize the mixes for this project to find a balance between a mix, which would meet the specifications, be finishable, and allow the pump to deliver the mud over the long windy configuration at an acceptable rate that wouldn’t burnout the pumps motor. We also made use of some admixtures to increase the pumpability of the mixes.