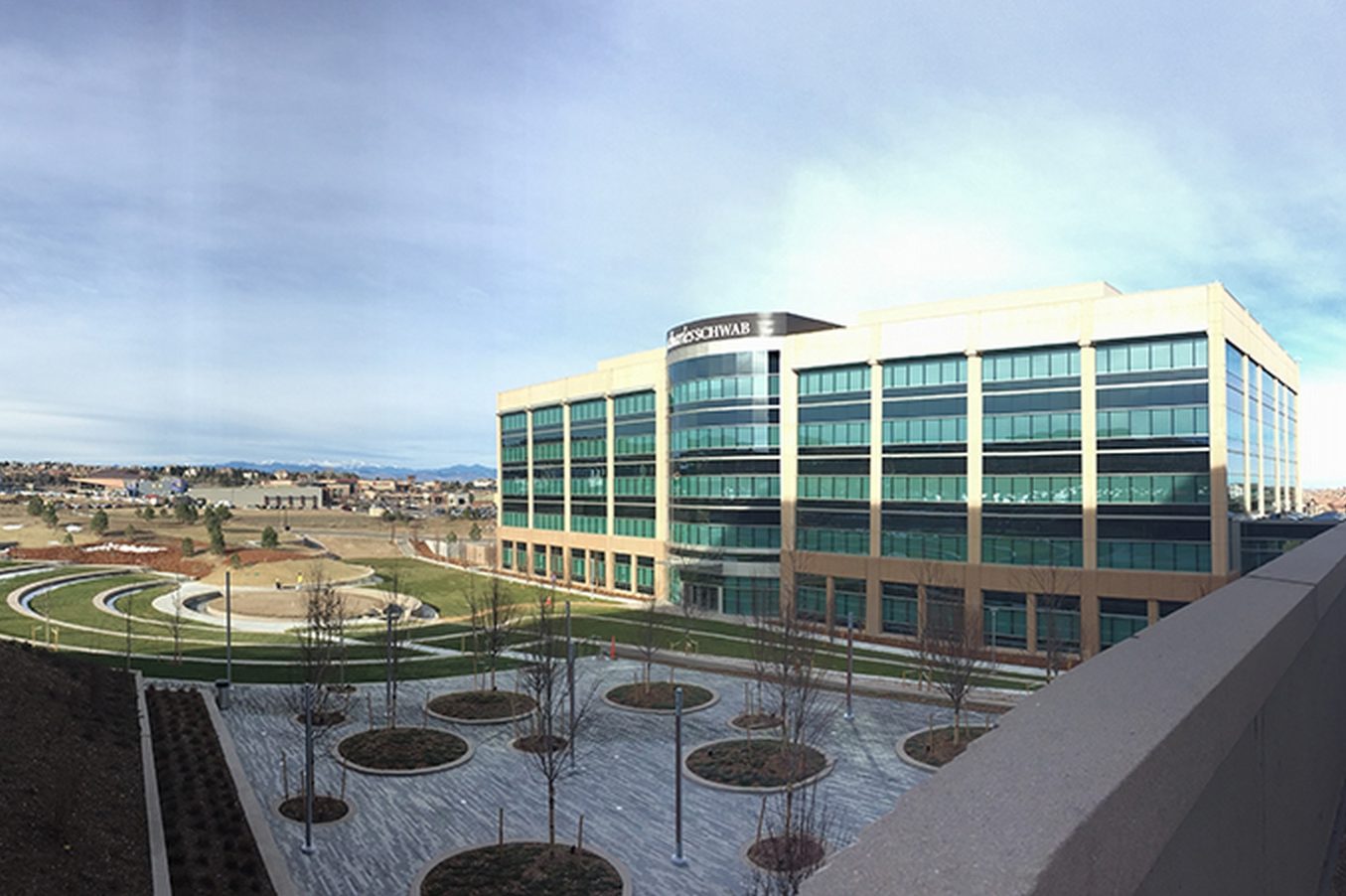 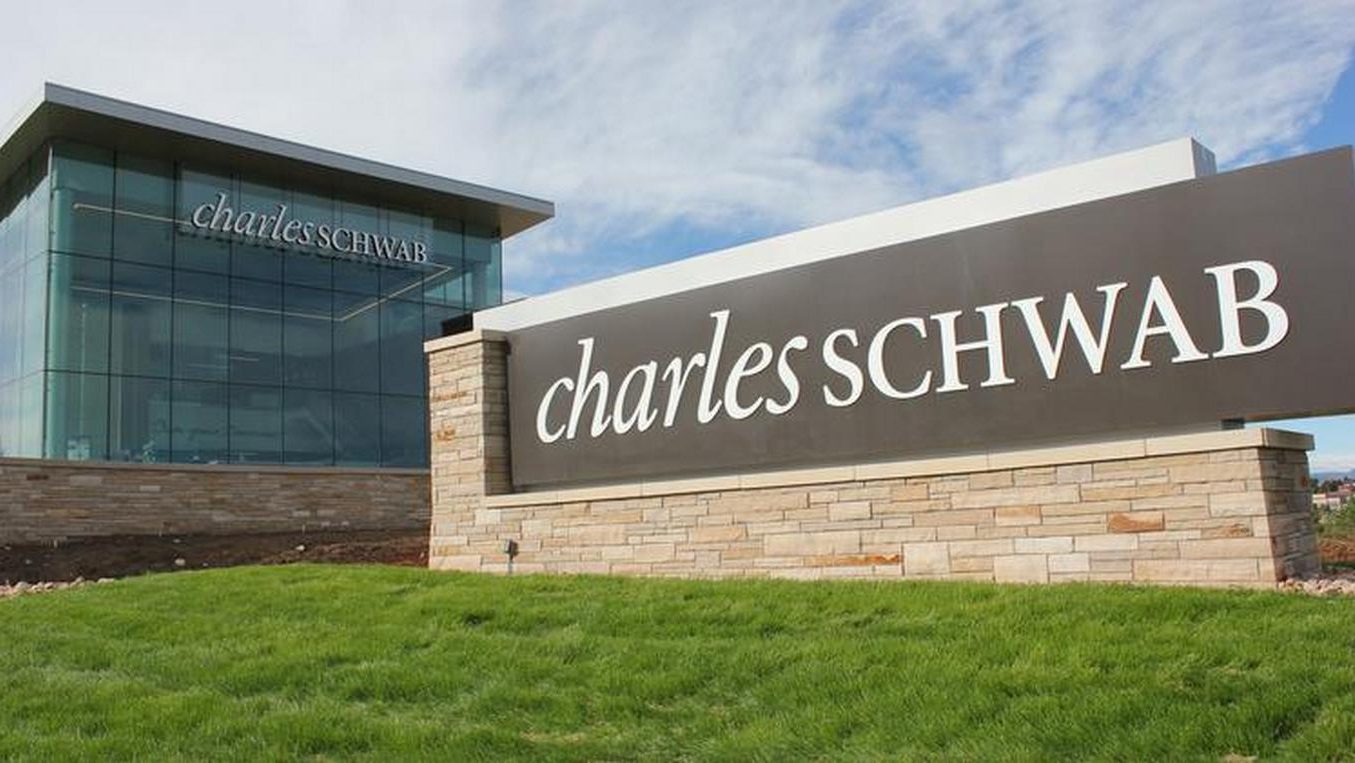 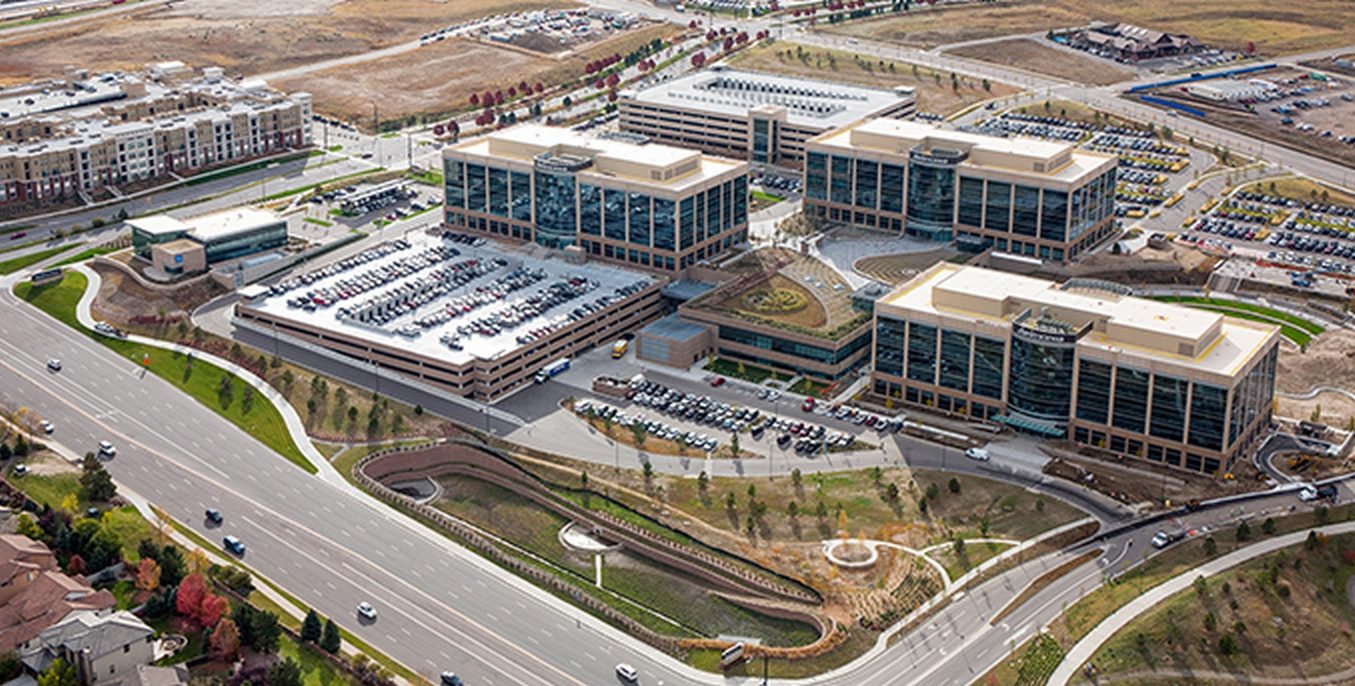 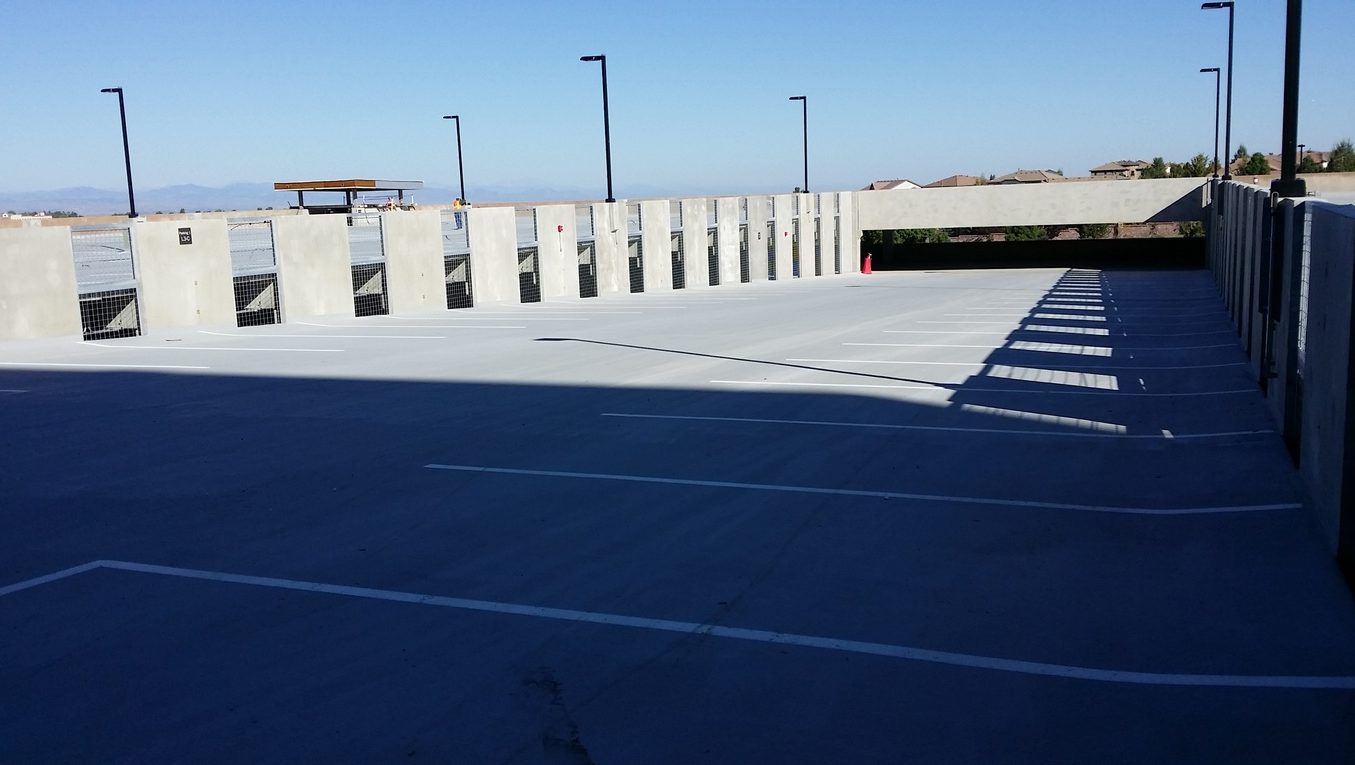 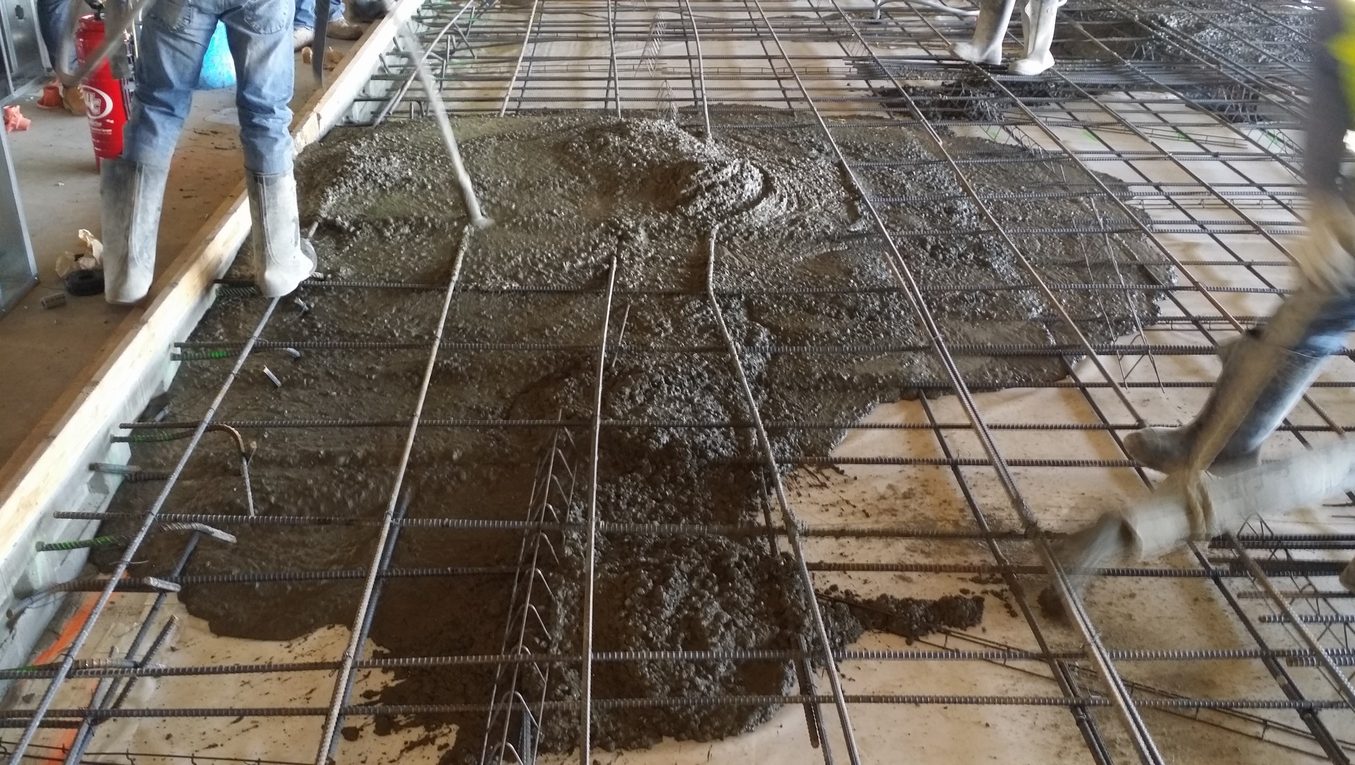 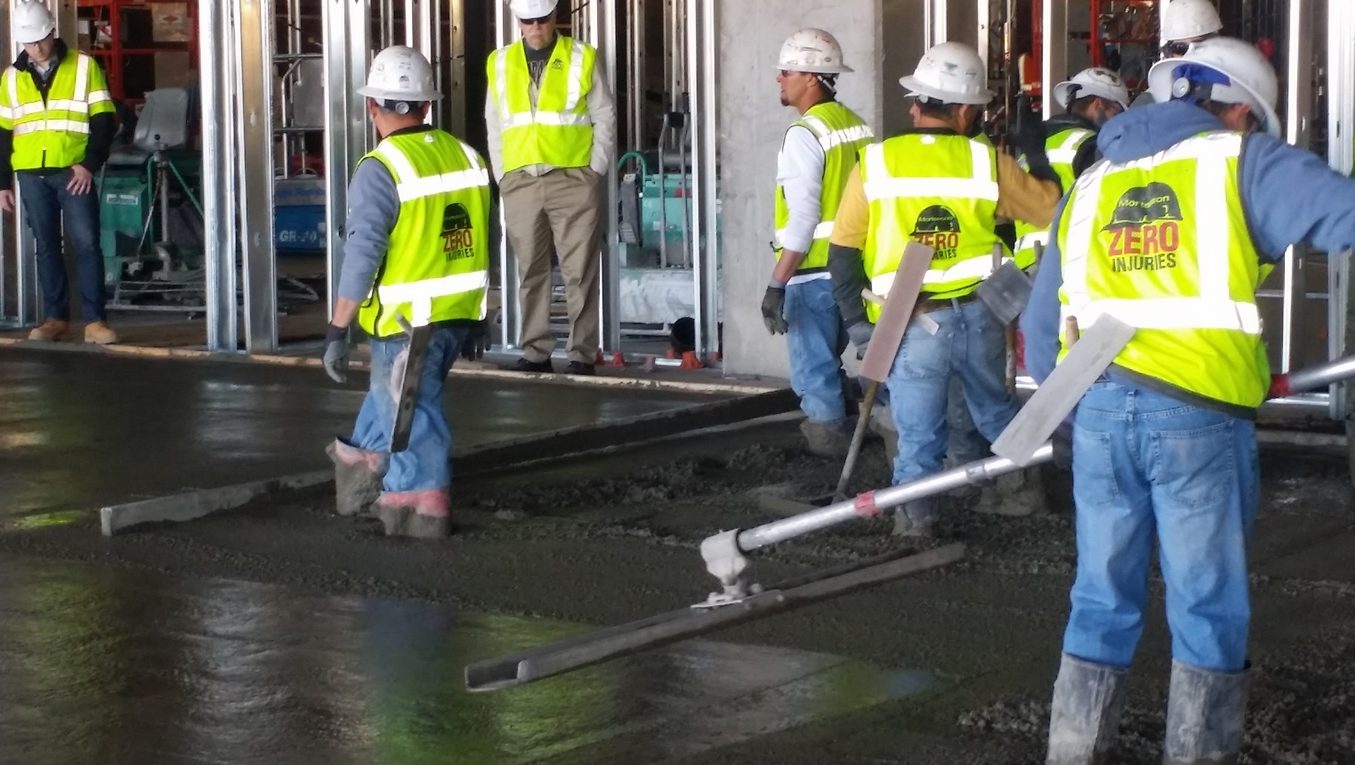 The Charles Schwab Lone Tree Campus was a $240,000,000 mammoth consisting of 3 office buildings of five stories each. These building comprise of 650,000 square feet of office space, which can accommodate an additional 2,900 workers, with room for more buildings, if needed, on the 47 acres, Charles Schwab owns. The buildings contain large banks of windows, which flood the offices with light, and rooftop gardens. Work stations have desks that rise with the push of a button, allowing workers to sit or stand. There is also a 17,000sqft 2 story retail branch office building. Parts of the campus will be accessible to the public, including dedicated spaces for entertaining clients and job applicants. An 88,400sqft amenities building makes this campus top notch for its employees. This building features a café, a training center, a large cafeteria, as well as an events garden (amphitheater.) The campus is made complete with two parking garages consisting of 1,932 parking stalls for their employees as well. The design and construction team achieved a sustainable campus attaining LEED Gold and achieved LEED Platinum for the retail branch.

Project Challenges:
The shear geographical scope and square footage of the project made for a very challenging project with pours happening on multiple buildings consecutively or simultaneously at times. This caused a real void for how to best coordinate with the multiple teams Mortenson had working on the massive project. The project had some real time sensitive delivery dates, which made keeping the schedule on the project vitally important. There were several areas on the project where moisture-sensitive flooring needed to go down extremely quickly after the ready-mixed concrete had been placed.

Project Solutions:
Bestway recognized the needs of the project given its scope and size by responding with additional personnel to keep the Charles Schwab project moving forward. We consistently provided a quality control professional on site as well as someone to help coordinate the steady stream of mixer trucks on the project every day. When Mortenson approached Bestway about the moisture-sensitive flooring issue with the timeline, we came to the table with an innovative solution to the problem. Bestway Concrete offered Aridus concrete in the amenities building to keep the project on schedule with great results. The Aridus concrete was below 80% relative humidity in 30 days, allowing the moisture-sensitive flooring to be put down without worry or the need of epoxy coating systems, which would have added 7-10 days to an already tight schedule.