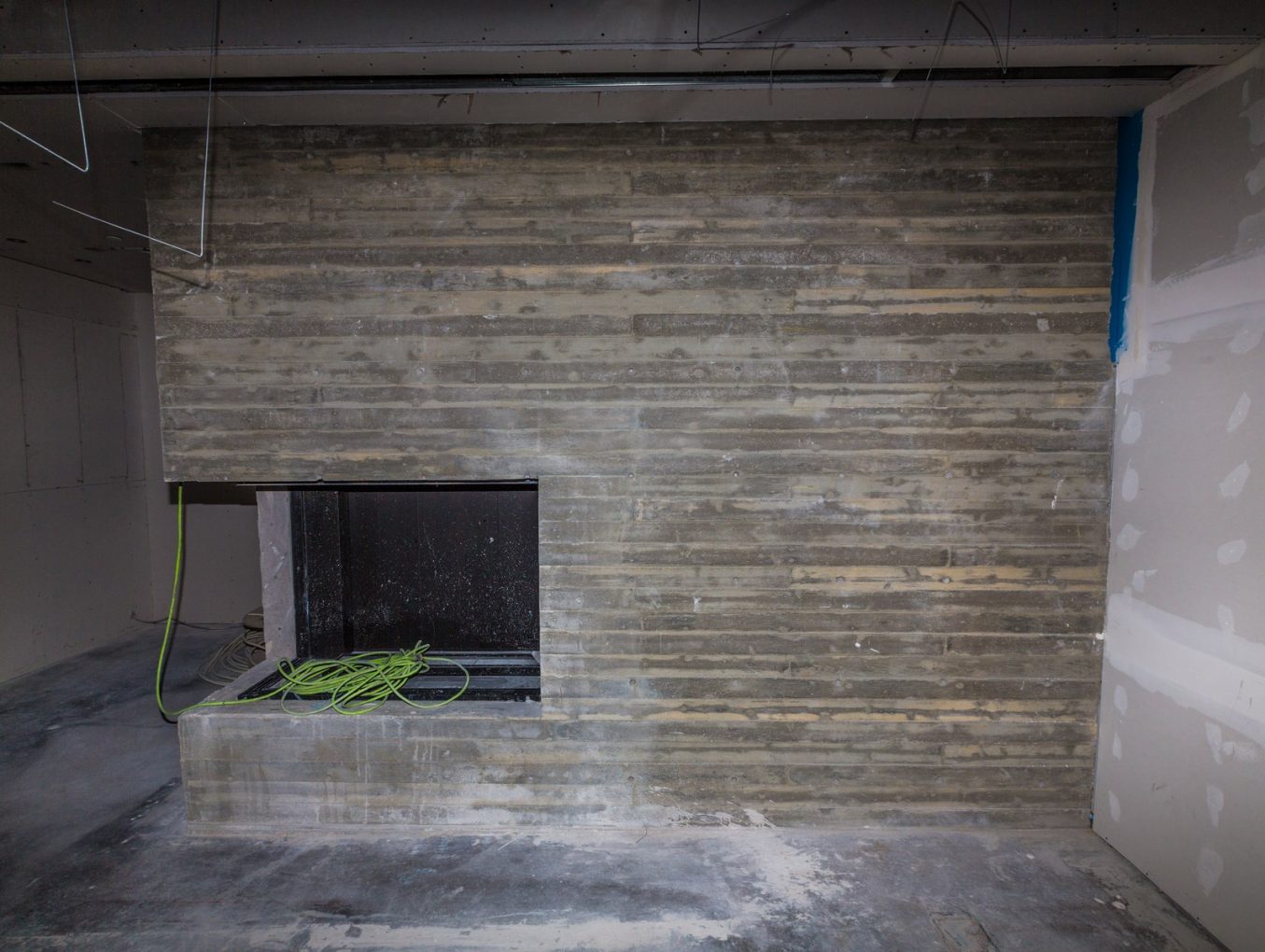 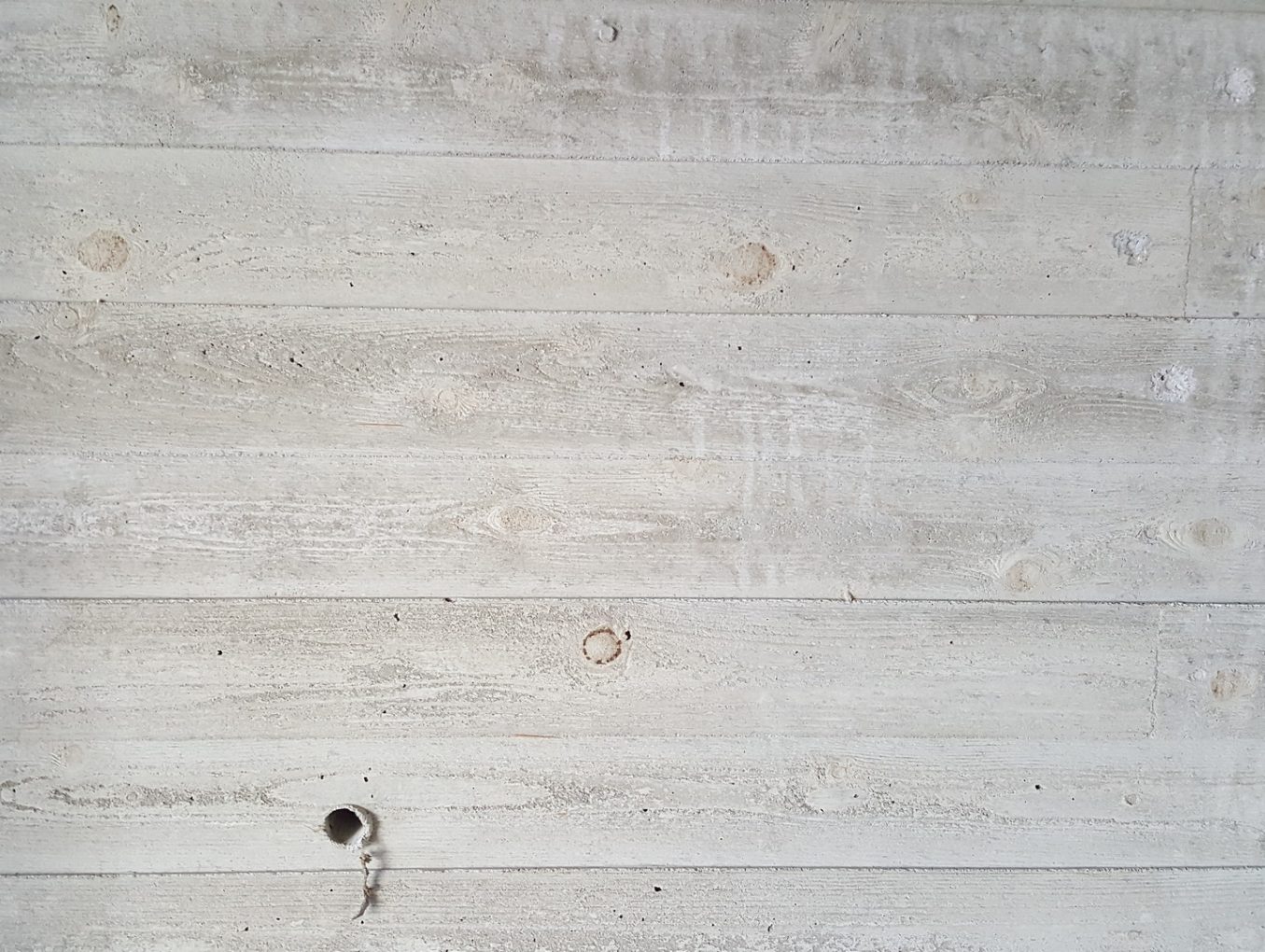 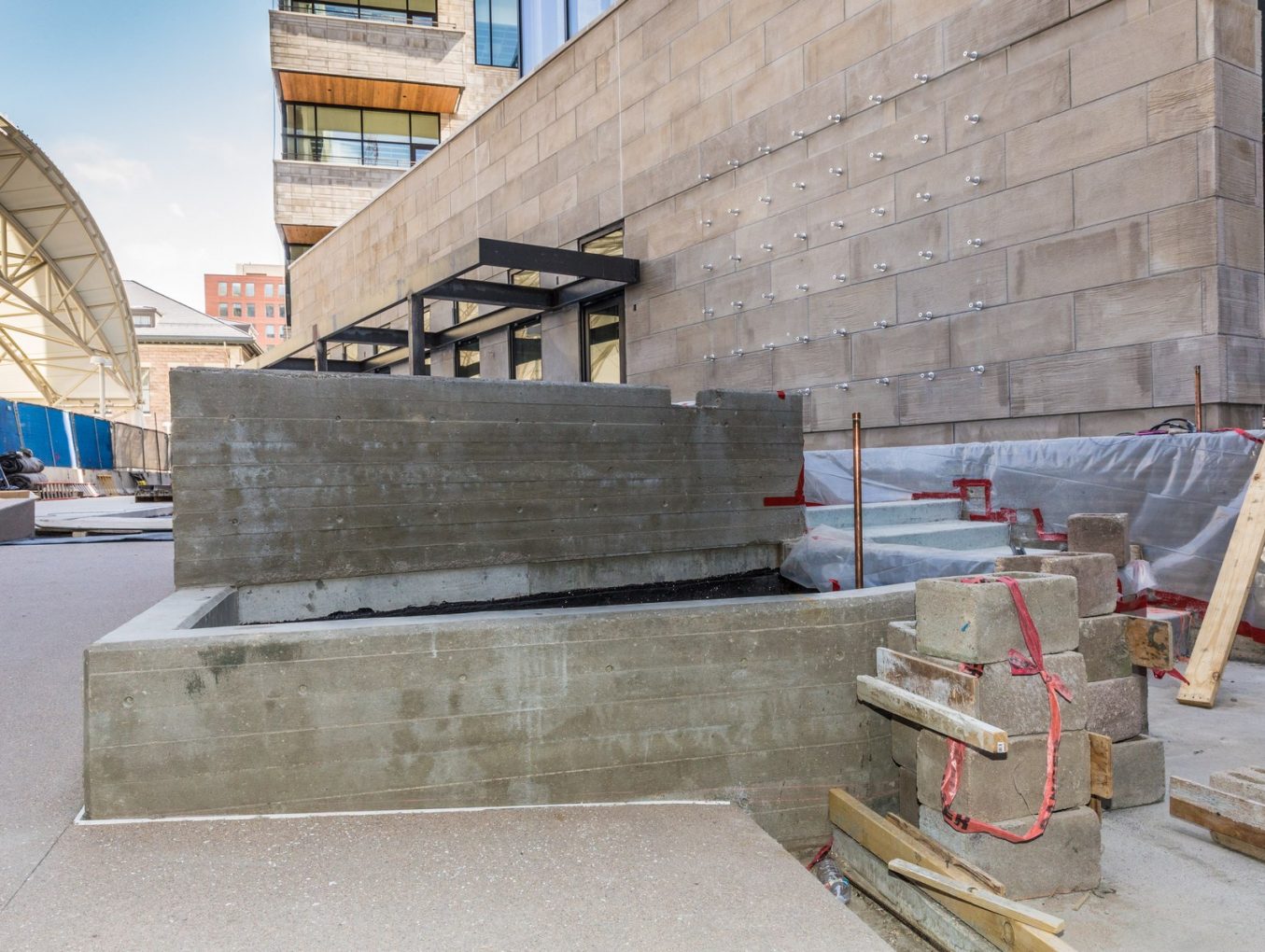 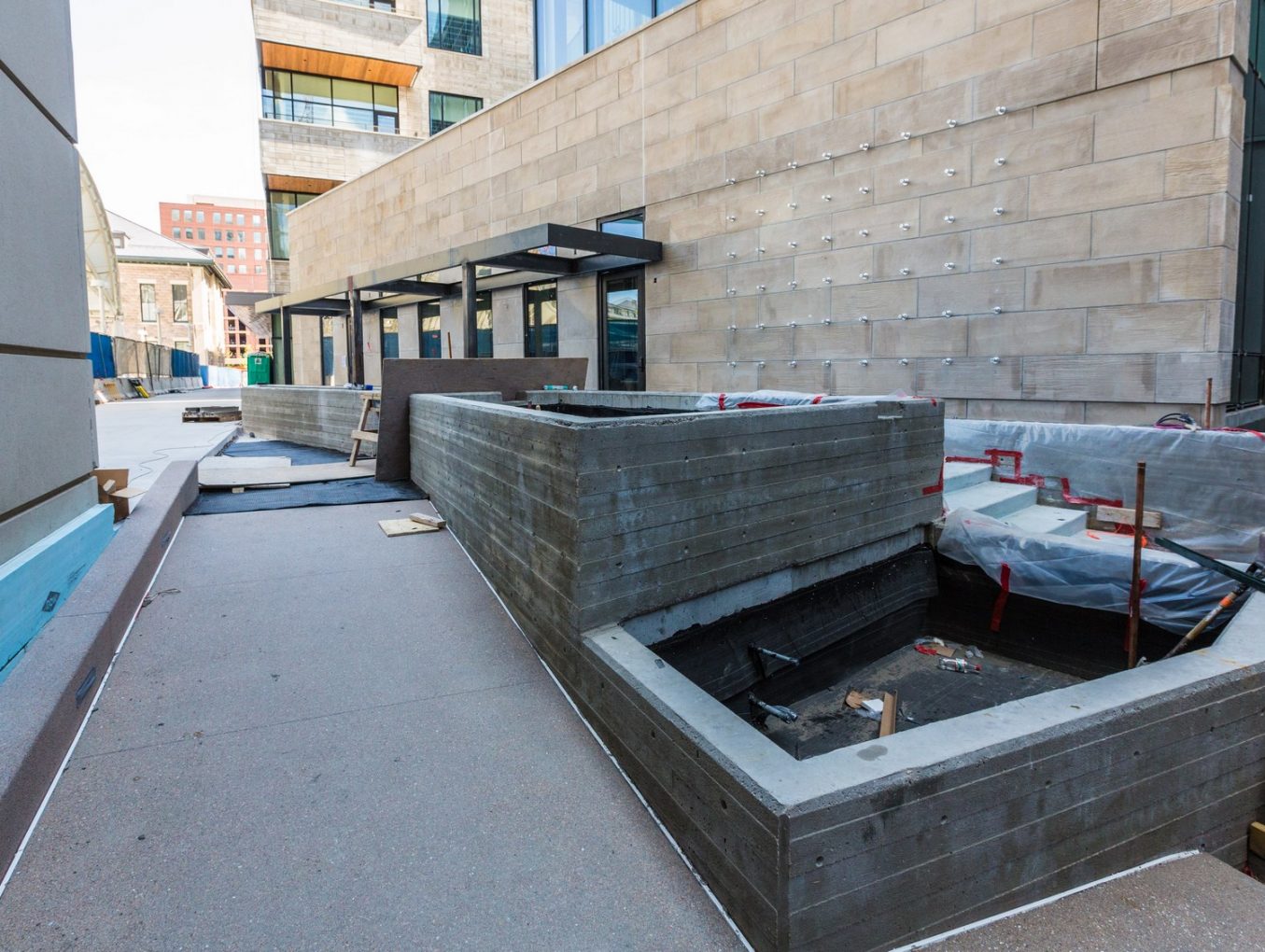 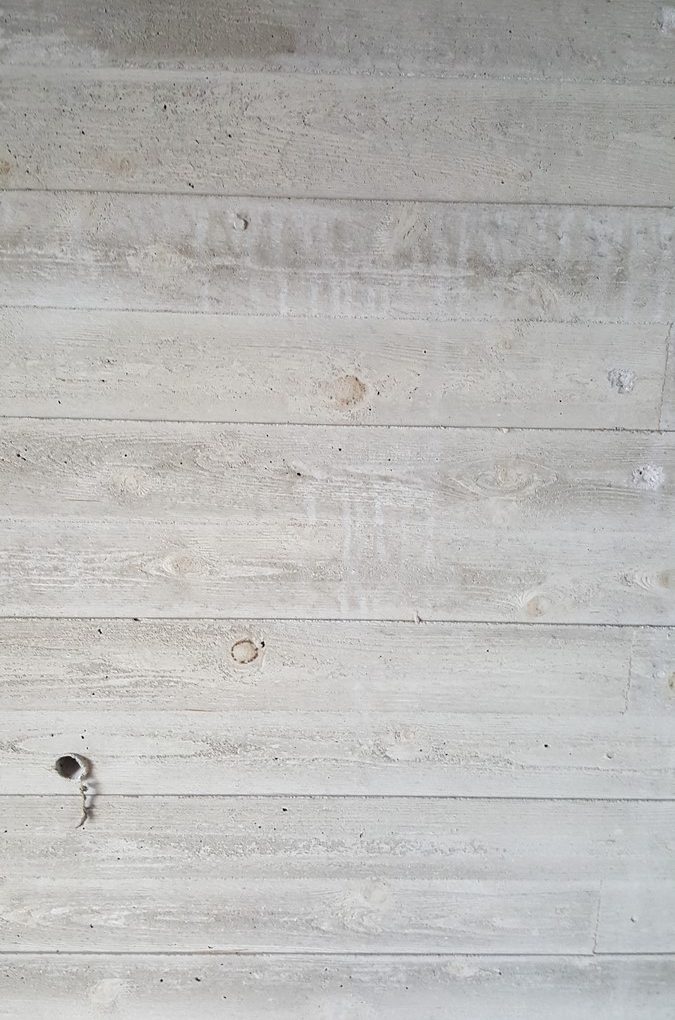 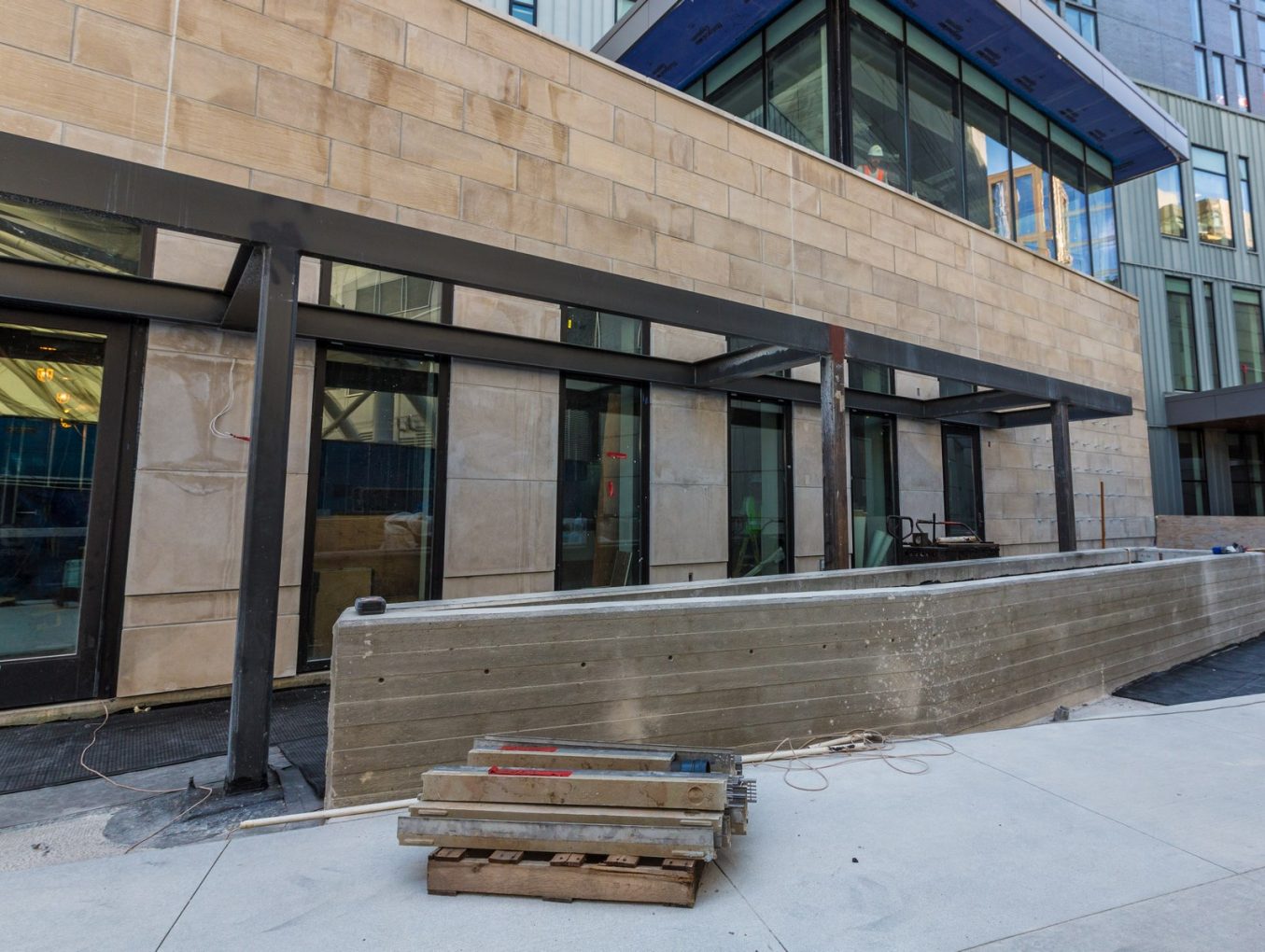 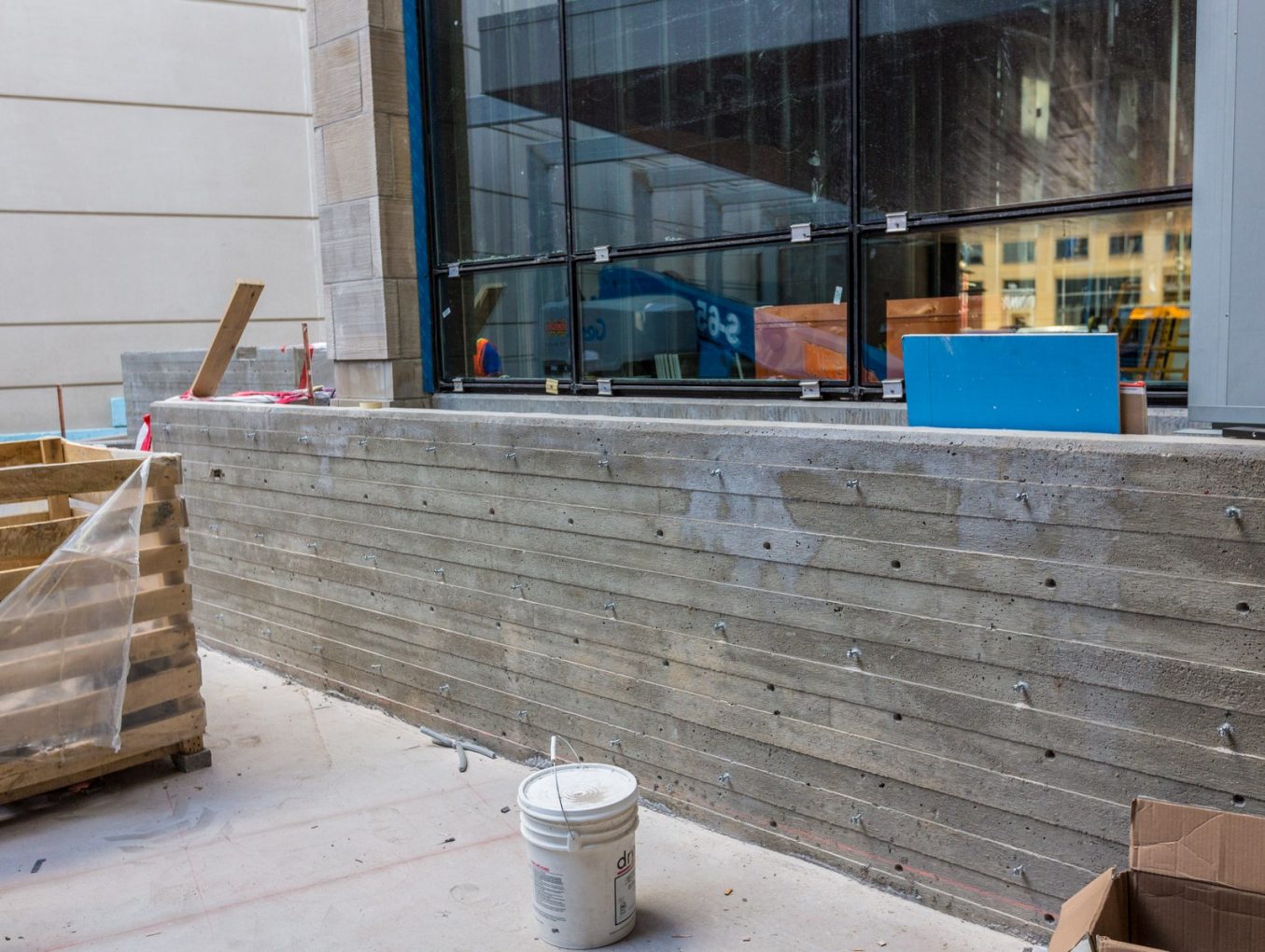 A major project in Downtown Denver’s Union Station redevelopment area was Hotel Born and office space. As a part of Denver’s massive Union Station Transit Center project, this project was on one of the prime development sites with an L-shaped parcel located at the east corner of 16th and Wewatta Street. It is immediately adjacent to Union Station’s new dramatic white canopy Train Hall, where several RTD commuter rail lines and Amtrak trains arrive.

One of the unique parts of this project is that it has two fronts: one facing 16th Street, the other facing the commuter rail platforms at Union Station. Finally, another important aspect of this project is that it will provide a public walkway in between the hotel and office buildings that goes directly from the commuter rail platforms to the 16th Street Mall and a planned RTD Mall Shuttle stop.

Project Challenges:
The unique shape of the project brought with it several challenges. Functionally, there were 2 different building being built at the same time. This created a complex pour schedule and with twenty-one different mixes being used across the project. There were several unique structural and architectural elements on the project, which called for the creation of some specialized mixes.

Project Solutions:
Bestway Concrete created a matrix based system to aid the project team in keeping immense number of different mixes organized. We also worked with the project team to successfully provide a lightweight concrete mix using 3lbs of macro fibers pumped over 200+ feet through 3” line to the delivery point. The mix needed to be high enough in slump to flow through the system, but stiff enough to hold shape on the slanted ramps of the parking garage. Finally, one of the coolest aspects of this project was the architectural element of the structural columns. These columns were designed to transfer a cedar plank design into the columns. This called for a high strength, highly-flowable concrete mix, which would consolidate very easily because the bug holes or honeycombing would ruin the effect of this beautiful element.